SCOTTSDALE, Ariz. - A Glendale father was arrested after police say he left his two young children inside a car while he gambled inside a Scottsdale casino.

According to court documents, 39-year-old Keo Bunchhor was arrested on May 19 after he left his 5-year-old and 2-year-old kids inside a parked car at Casino Arizona.

When an officer approached the vehicle, he spoke to the 5 year old through a rolled-down window. The child said, "dad told him he would just run out to get a cookie."

"The two children had been inside the vehicle for over half an hour with the vehicle running and casino surveillance was observing the male driver of the vehicle gambling inside the casino," read a portion of the court documents.

Bunchhor told police he was gambling in order to earn money to pay his rent.

"During a conversation with the father, he stated that he had a gambling problem and that he came to the casino to gamble to win rent money," court documents read.

Child protective services was notified and the kids' mother arrived at the casino to get the children.

Bunchhor is accused of child abuse. He was jailed on a $5,000 bond. 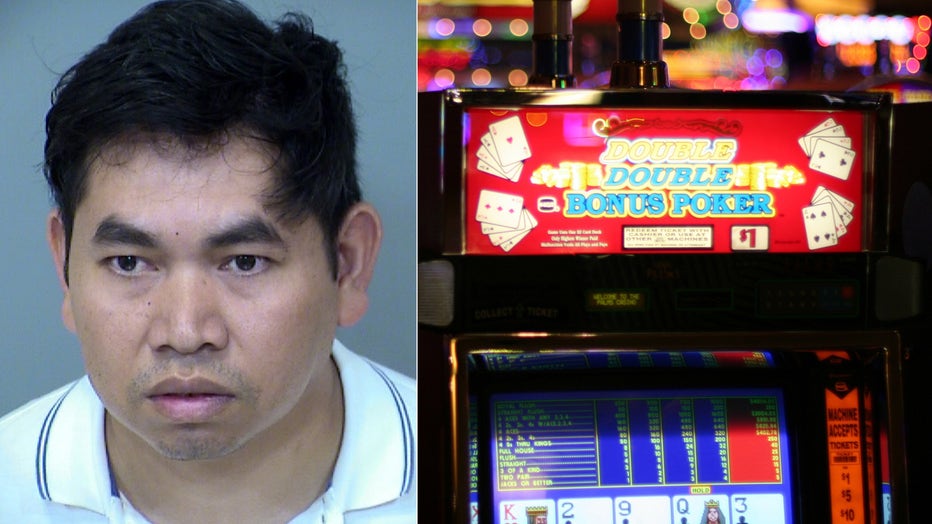 According to court documents, 39-year-old Keo Bunchhor left his two young children inside a parked car while he gambled inside Casino Arizona in Scottsdale.