A man and woman were found dead after being washed away in floodwaters north of Carefree.

PHOENIX - Officials with the Maricopa County Sheriff's Office say a man and a woman are dead as a result of flooding in an area northeast of Cave Creek.

According to a statement released by Sgt. Calbert Gillett, crews received a call for service in the Camp Creek wash area on Aug. 18, after people saw an UTV floating and tumbling down the flooded wash.

Sgt. Gillett said at the time, deputies were rescuing a number of people in the area, and initially, they believed that all parties were accounted for. However, employees with an off-road rental company in the area later called MCSO, saying they had an UTV that was rented and not returned. A search then continued into the night, and resumed on Aug. 19.

"At approximately 8:00 am, the [UTV] was located just East of Camp Creek wash, buried in sand and debris. Deputies and with the assistance of MCDOT excavated the [UTV] and located two deceased adults," wrote Sgt. Gillett. 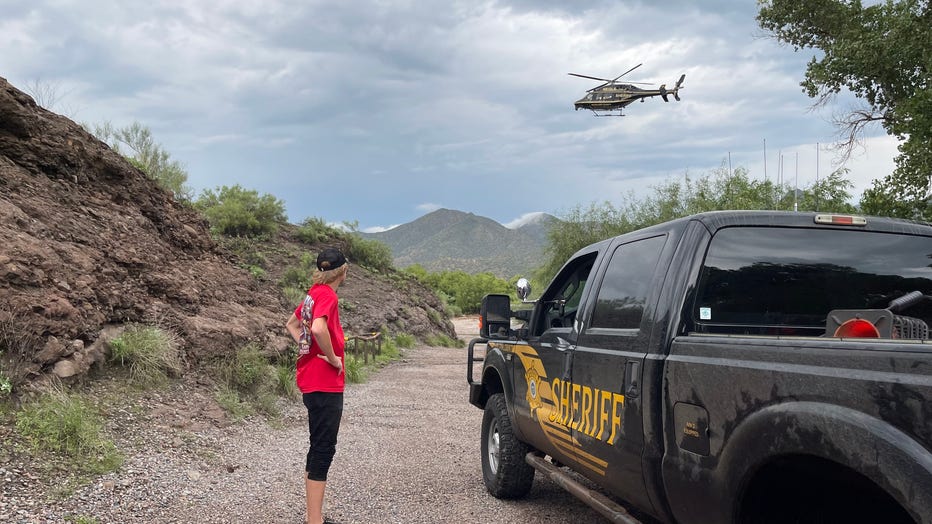