Meth, thousands of M30 pills seized after shooting breaks out in north Phoenix

PHOENIX - Police discovered thousands of M30 pills and methamphetamine in a Phoenix home after a shooting broke out in the area back in November.

On Nov. 30, a shooting was reported outside a home near 15th Avenue and Grovers. When police arrived, they found bullet holes in the walls that suggested shots had been fired from both inside and outside the house.

A search warrant for the residence revealed more than 3,000 M30 pills with a street value of $30,000, 340 grams of methamphetamine, a handgun and a rifle inside a car parked in the driveway.

Two people in the home were arrested on drug and weapons charges, and their identities were not released.

Police say they have not found the people who reportedly fired shots from outside the house. 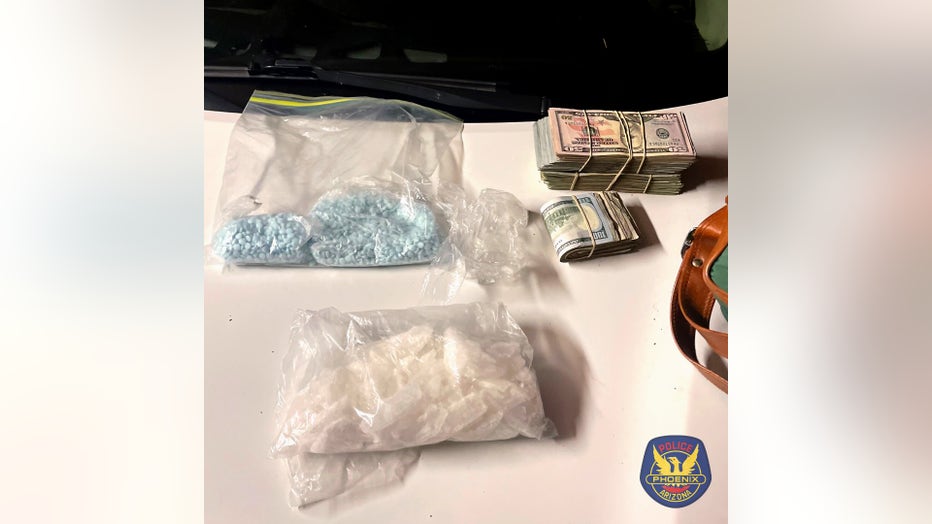 Phoenix police seized drugs from a home after a shooting broke out near 15th Avenue and Bell Road.