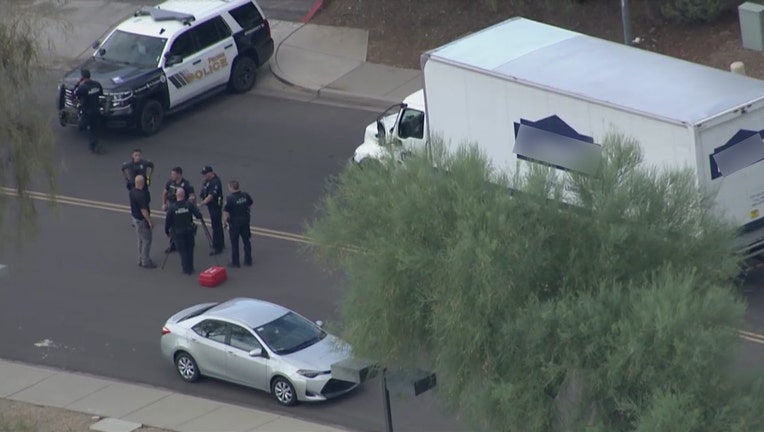 PEORIA, Ariz. - Officials with the Peoria Police Department say crews are at the scene of a deadly crash involving a motorcycle.

The crash, according to Sgt. Brandon Sheffert, happened near the intersection of 84th Avenue and Bell Road.

"Preliminary information is that the motorcycle may have been passing another car southbound and ran into a truck that was heading northbound," read a portion of the statement.

The motorcyclist, according to Sgt. Sheffert, was declared dead at the scene. That person has not been identified by police.

Investigators are not suspecting impairment at this time.