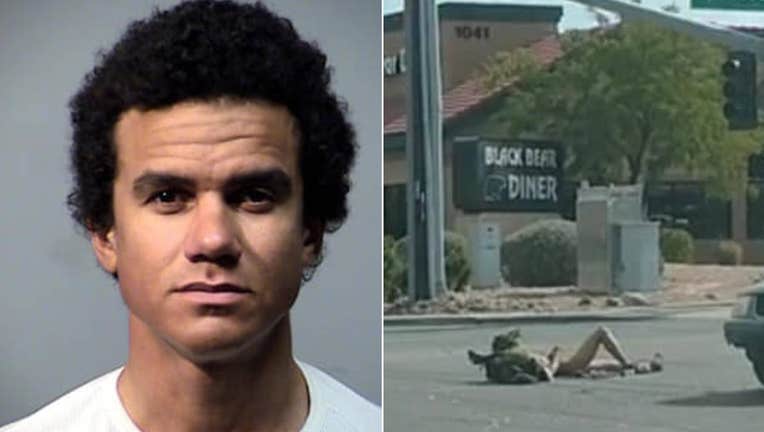 Jayme Johnson was arrested after police say he was found lying naked in the middle of a Cottonwood intersection.

COTTONWOOD, Ariz. - An Arizona man was arrested after police say he was found lying naked in the middle of a Cottonwood intersection.

According to Cottonwood police, an officer responded to the area of State Route 260 and Cove Parkway at 12:30 p.m. on Oct. 21 for reports of a naked man wearing a backpack and throwing flowers at vehicles.

Once at the scene, the officer found 34-year-old Jayme Lars Johnson wearing only shoes and lying in the intersection. Johnson told the officer he was "sunbathing at a beach and listening to a Katy Perry song."

Johnson was taken into custody and booked into jail.