AVONDALE, Ariz. - One person has died and another has been hospitalized following a crash in Avondale.

Police say that a person was driving a truck at the time and was dead by the time first responders arrived. The other vehicle involved, a white sedan, crashed into a building.

The collision happened shortly after noon on Wednesday near Broadway and Avondale Boulevard, according to police.

The driver and passenger in the white sedan were injured and taken to the hospital.

Officers on scene have not released the names of the ages of the victims, or the condition of the person hospitalized.

"We don’t really have any other details as far as what happened," said Lauren Evans, public information officer for Avondale Police. "The two vehicles probably collided, we don’t know what the circumstances are."

That stretch of road has been closed now for several hours. Police say they expect it will remain closed for at least the next hour. 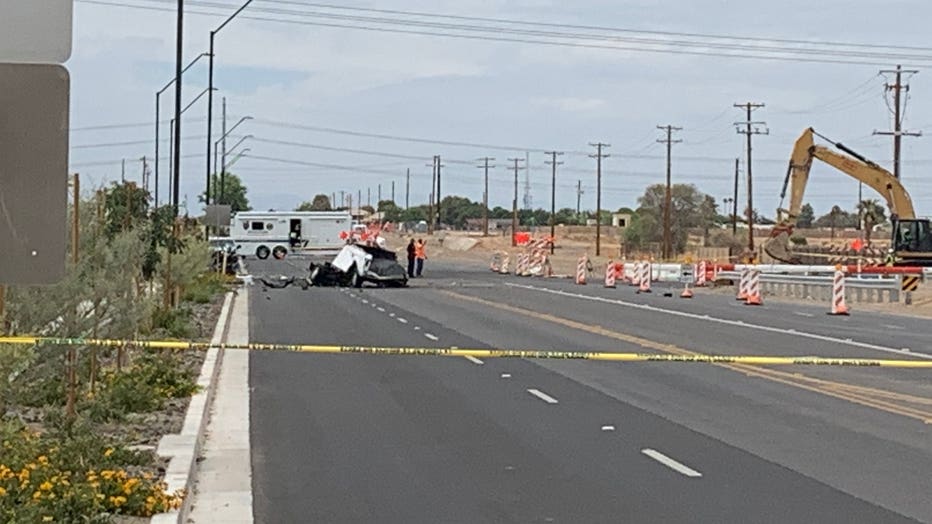 Scene of a fatal crash in Avondale