Police arrested a juvenile suspect after a teenage boy was shot and killed during the early morning hours of Nov. 13 in Buckeye.

BUCKEYE, Ariz. - Police arrested a suspect after a teenage boy was shot and killed during the early morning hours of Nov. 13 in Buckeye.

According to Buckeye Police, officers were notified of a large gathering outside of a business just before 2 a.m. near McDowell Road and Jackrabbit Trail. About 20 minutes later, police received a call about a shooting outside of a gas station near Watson and Yuma Roads.

Once at the scene, police found a 16-year-old boy dead from multiple gunshot wounds. The suspect left the scene before police arrived.

A day later, the family says the teen's name is Efrain Escobar.

After reviewing the surveillance video and interviewing witnesses, investigators learned the suspect had threatened the victim, who was in a relationship with his ex-girlfriend.

The suspect is a 17-year-old male. Police say because he is a juvenile, they won't be able to release his name.

Family in shock over ‘senseless’ act of violence 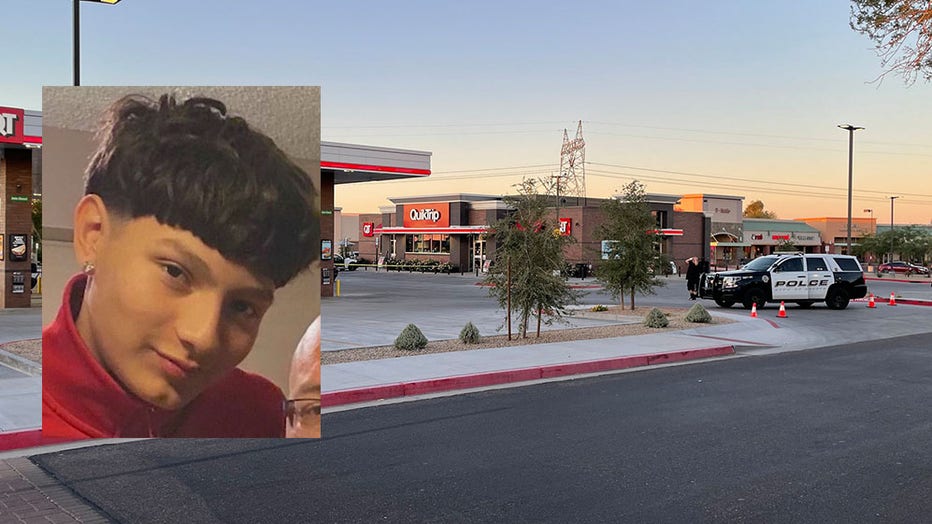 Escobar's family is in shock over the tragic and senseless act of violence.

Angeline Carbajal says she was only 9-years-old when her cousin was born.

She and Escobar grew up in the same house together and she describes him as more of a brother than a cousin.

"He was into sports, so he was so competitive," she said. "He was a really good kid, smart. We used to tell him he was Mr. Good Looking with the good grades."

Carbajal says he was an up-and-coming football player, hoping to play the sport in college.

On the night of Nov. 14, his friends and family set up a candlelight vigil to remember him at a park near his old elementary school, where he grew up.

You can donate to the teen's GoFundMe here https://gofund.me/ffa5d6da

Police have arrested a suspect after a teenage boy was shot and killed during the early morning hours of Nov. 13 in Buckeye.

A witness named Robert says he was walking toward the gas station on Watson and Yuma in Buckeye when the gunfire erupted.

He said it sounded like the magazine was emptied.

"It was like seven or eight shots in rapid succession," he said. "'Pop, pop, pop, pop'… and then there was a pause for a few seconds and about five or six more shots."

A parking lot away, a slug was found outside a business, and a window was shattered.

Buckeye Police say earlier in the night, a few miles away on Jackrabbit Trail, a crowd of people started firing weapons and left.

It was 20 minutes later that the deadly shooting happened. Robert said there were many witnesses at the gas station.

"People that were parked at the gas pumps, I think they were in the middle of pumping their gas and quit and just sped off, like four or five of them," he said. "And there was a couple people standing in the parking lot watching and the Quik Trip people working inside, probably four or five of them, they came out."

Once at the scene, police found a 16-year-old boy dead from multiple gunshot wounds. The suspect left the scene before police arrived. 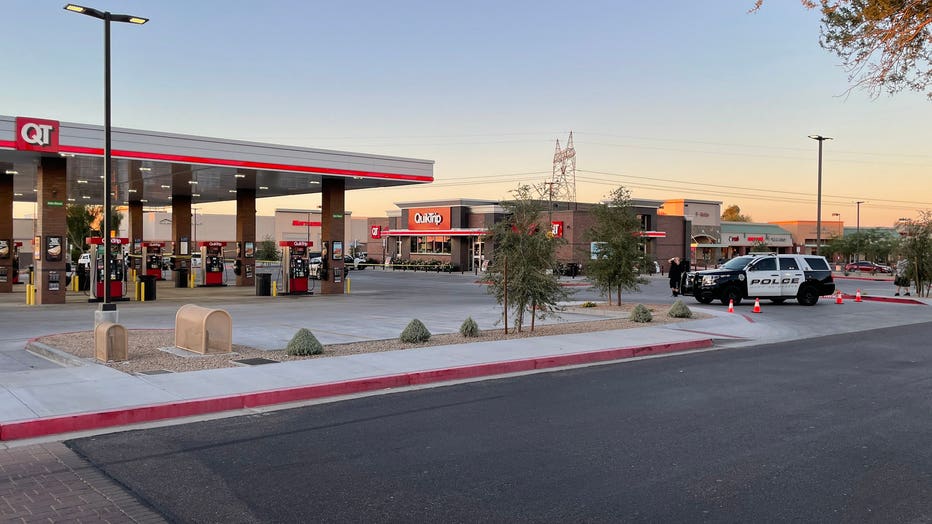