The Phoenix City Council has approved a highly controversial plan to&nbsp;raise the fees for pick-ups and drop-offs at Phoenix Sky Harbor Airport for rideshare companies like Uber and Lyft.

PHOENIX - The Phoenix City Council has approved a highly controversial plan to raise the fees for pick-ups and drop-offs at Phoenix Sky Harbor Airport for rideshare companies like Uber and Lyft.

"They have to get to the airport, either to work or get on a plane," said DiCiccio. "Those individuals that cannot afford parking or taxi. They're gonna be left out."

According to a statement released by Phoenix city officials in the aftermath of the vote, the new fee structure will kick in on February 1, 2020. Rideshare operators will pay a $2.80 pick-up and drop-off fee for non-zero emission vehicles at the PHX Sky Train Station.

Zero-emission vehicles will pay a $2.40 pick-up and drop-off fee instead for pick-ups and drop-offs at the Sky Train Station. 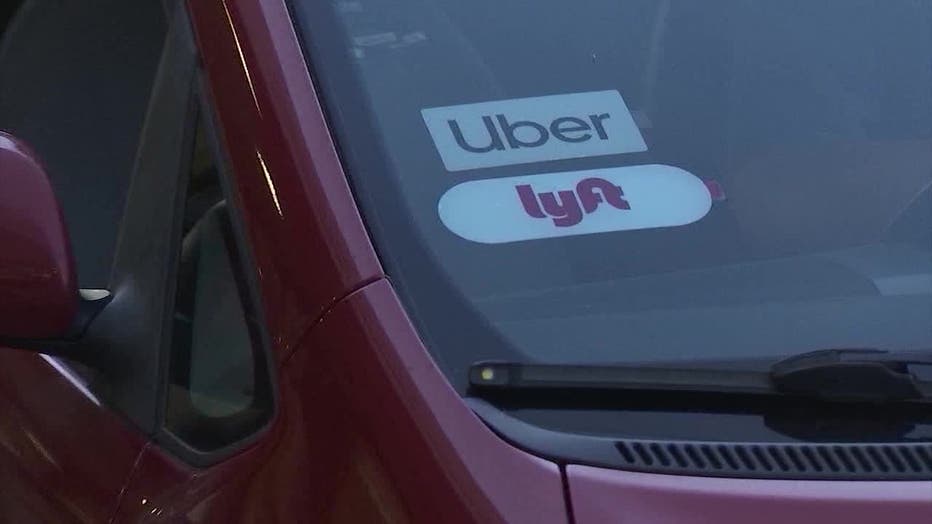 City officials say the new fee structure will encourage the use of the Sky Train Station.

"The PHX Sky Train was built for and continues to dramatically reduce congestion on airport roadways, allowing for ground transportation businesses to utilize curb space. Incentivizing PHX Sky Train pick-up and drop-off will help ease traffic congestion and improve air quality by reducing the number of idling vehicles at Airport curbs," read a portion of the statement.

Lyft officials have threatened to cease operations at Sky Harbor if the measure passes. Meanwhile, officials with Uber have also spoken out against the plan.

Others have also spoken out against the hike.

"This is money out of our pocket, and they don’t sit down and negotiate with us," said Kareem Johnson, who is a part-time Uber driver. "Uber doesn’t sit down with us when they want to decrease our fares for their own benefit."

Prior to the vote, Officials with the Goldwater Institute weighed in on the proposed fee, saying it's not good economic policy.

"The average Lyft to the airport is $10 and these aren't coming from high-income areas, they're coming from low or middle-income areas," said Jon Riches. "What Phoenix is trying to do is raise these fees to $10, double the cost to and from."

"It hasn't even been a year since voters resoundingly passed [Proposition] 126, which amended Arizona's constitution to prohibit any new fees or taxes or increases of any fees and taxes on any services in this state," said Riches. "It's pretty obvious that ridesharing is a service."

In the aftermath of the vote, officials with Lyft and Uber say they will suspend their operations at Sky Harbor.