Phoenix police are responding to a video circulating on Facebook showing an officer repeatedly hitting a man outside a gas station.

PHOENIX - The Phoenix Police Department is facing controversy after a video surfaced online of an officer hitting a man repeatedly outside a gas station.

The video was taken near 27th Avenue and Deer Valley Road on Dec. 4, and the person who recorded it said that the man was complying with police and not resisting.

Police said that officers had been called to the gas station for reports of an occupied stolen truck, and that the video stemmed from the resulting encounter.

"The first officer on the scene contacted the man matching the description of the suspect," police said in a statement. "The encounter ended with a physical fight."

A Phoenix PD spokesperson said that the video only recorded a part of the incident and "does not capture the totality of the circumstances."

The man, identified as 50-year-old Arthur Ash, was hospitalized for his injuries during the incident. He has since been released and booked into jail on a theft charge. 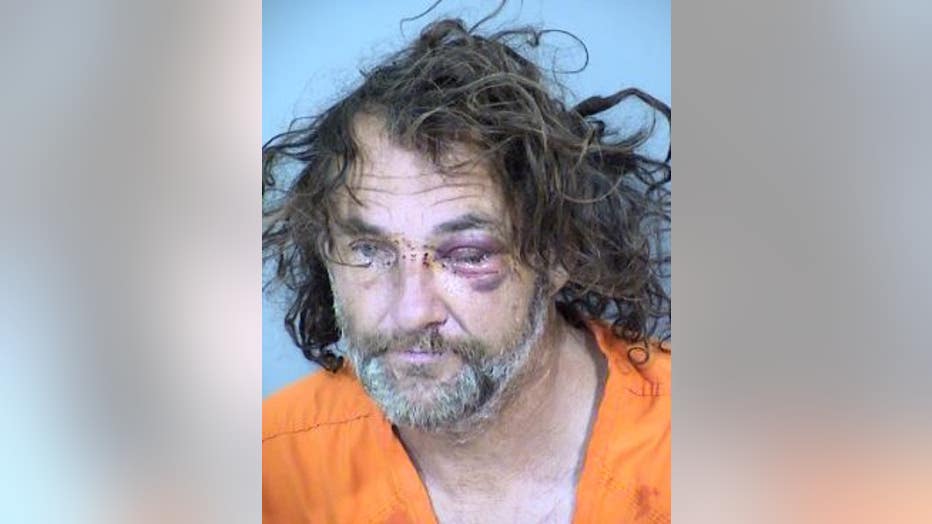 The incident is being investigated by the department's Professional Standards Bureau.

"A determination of whether the actions of the officer are in policy will come when the investigation is completed," officials said.