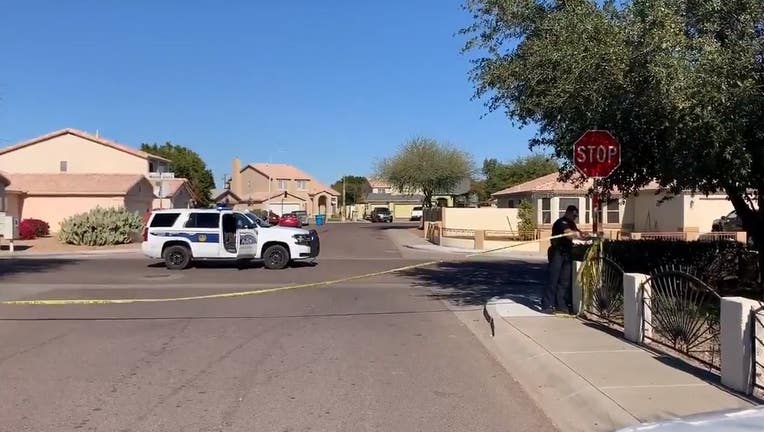 PHOENIX - Phoenix police are investigating a shooting that left one man dead on Wednesday morning.

On Dec. 30 around 11:40 a.m., Phoenix police officers responded to a call of shots fired near 91st Avenue and Monte Vista Road.

When officers arrived, 38-year-old Phillip Sampson had a gunshot wound. Sampson was pronounced dead on scene.

This is an on-going investigation.

No other information was made available.

A 911 caller told police the man forced his way into their home and pointed a gun at them. The caller also said the suspect hit one of the residents with the gun.

At the scene, officers also found a man and woman who said the man shot the two suspects while being assaulted and robbed.

Ronald Like, 47, was identified as a murder victim after he was shot near 40th and Van Buren streets on Dec. 29. A suspect has been arrested.