The incident happened on July 22 in Pima, a town located about 150 miles east of Phoenix. The person missing is identified as a four-year-old girl.

PIMA, Ariz. - Officials say a young girl who was swept away during a flash flood Thursday night near an eastern Arizona town did not survive.

Pima Police Department officials made the announcement on the morning of July 26. The Town of Pima is located about 150 miles east of Phoenix.

"Our condolences go to the family," read a portion of the statement.

According to earlier reports from Pima Police, officers responded to reports of a vehicle stuck in the Cottonwood Wash near Pima just before 9:30 p.m. on July 22.

Police were able to rescue some of the family members.

Multiple agencies joined in a search for the girl. The search area was a three-mile stretch along Cottonwood Wash, but mostly focused under and around a bridge just north of Pima.

Seemingly half the community have come out to help, and the search includes a DPS helicopter, search dogs, personal ATVs, and kayaks. Some residents are also wading through knee-deep muddy water, looking under limbs and debris.

MCSO crews had to be dispatched to rescue those stranded, as Phoenix saw a day of active monsoon weather. FOX 10's Justin Lum reports.

The monsoon storm has also caused flooding elsewhere, including in the New River area of Maricopa County. Video sent into the FOX 10 Newsroom shows one vehicle trapped in several feet of water near 7th Street and Cloud, prompting an MCSO helicopter to take part in rescue efforts.

In the Fig Springs area of the New River, at least two people had to be flown out of their flooded home. Officials with MCSO say they were stuck in their mobile home, after they ended up in a wash.

For area residents, the threat of flooding is nothing new.

"Monsoon season, absolutely. Where we live, it's pretty rural out here, and we’re really used to having these downpours, the flash flooding come through, so for our family, we already had an emergency pack. We already had a go plan in place. We already had our animal carriers together. We were able to evacuate in three minutes from our home,: said Jacqulyn Currey. 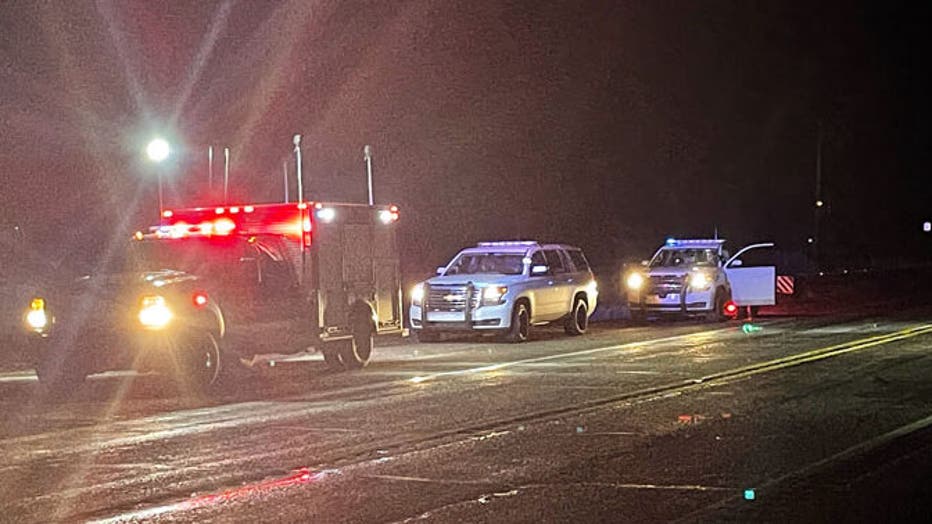