Most Arizona abortion clinics have paused services after Roe v. Wade was overturned

More than 13,000 abortions were performed in Arizona in 2020, according to state statistics, and a little over half of those used the abortion pill. It is unclear if that will remain an option. FOX 10's Brian Webb reports.

Planned Parenthood Arizona President and CEO Brittany Forteno said the possibility of prosecutions was just too risky. At least two other large providers in Tucson and Phoenix followed suit, posting on their websites that they had halted all procedures.

"We are being forced by the Supreme Court and politicians in this state to deny patient care right now," Forteno said. She said Planned Parenthood Arizona, the state’s largest abortion provider, is working with its attorneys to "understand Arizona’s tangled web of conflicting laws."

The court’s decision to overturn the landmark Roe v. Wade decision also has put Arizona abortion foes in a quandary because of competing laws that either completely ban the procedure or limit it to 15 weeks after a woman becomes pregnant.

The issue has led to a split between the group that authored the 15-week ban and many other abortion restrictions and Republican Gov. Doug Ducey, who has signed many of them into law during his eight years in office.

At issue is a law that dates to at least 1901, 11 years before Arizona became a state. It subjects anyone who provides any abortion care to a possible two to five years in prison.

Citing ARS 13-3603, Republicans in the state Senate believe the pre-Roe law is enforceable.

A related law that made women who get abortions subject to prosecution was repealed last year.

Ducey, who signed the 15-week ban into law in March, has insisted that the new law takes precedence over the total ban, although the new law explicitly says it does not do that.

"The Supreme Court has made the right decision by finally overturning it and giving governing power back to the people and the states," Ducey said in a statement.

The chair of the state Democratic Party, Raquel Teran, said the high court’s decision was the result of a decades-long crusade by Republicans to "rip away reproductive rights."

"Right now Arizonans are going through periods of anger, sadness, and frustration, in response to this brutal attack on our freedoms," Teran said. "Ultimately, those emotions are fueling our continued fight for our most basic rights."

The ruling on a case known as Dobbs v. Jackson Women’s Health Organization sets in motion a series of events that will likely lead to abortion being banned or severely restricted in roughly half of the 50 states.

Republican Attorney General Mark Brnovich made no mention of the pre-Roe ban on Friday, pointing instead to the new law that will take effect in about 90 days. He had urged the high court to overturn Roe.

Brnovich spokesperson Brittni Thomason said she is aware that people are seeking clarity on which law is in force. She called the issue a developing situation for the nation and the state and that office is reviewing the Supreme Court ruling.

Roe v. Wade: What you need to know about a key abortion ruling that the Supreme Court has overturned

More than a month after a leak that sent shockwaves across the country, justices of the United States Supreme Court overturned a landmark 1970s ruling that paved the way for legalized abortions in the United States. Here's what you should know about Roe v. Wade, in addition to the controversies surrounding it.

Planned Parenthood Arizona had prepared for the ruling and the potential that all abortions would be made illegal in Arizona. Forteno said the group has partnered with a Southern California Planned Parenthood chapter to provide abortion services in that state. The "patient navigator" program is designed to connect women with providers and provide travel, lodging and financial support.

"Because we know that having to flee the state, having to flee your community in order to access basic health care, is something that no one should have to deal with," Fonteno said last week. "And so we really want to be that support for our patients and their moment of need."

Planned Parenthood will continue providing other reproductive healthcare services, including abortion follow-up care for those who travel out of state. Anyone who had an abortion appointment scheduled is now being asked to contact their healthcare center. 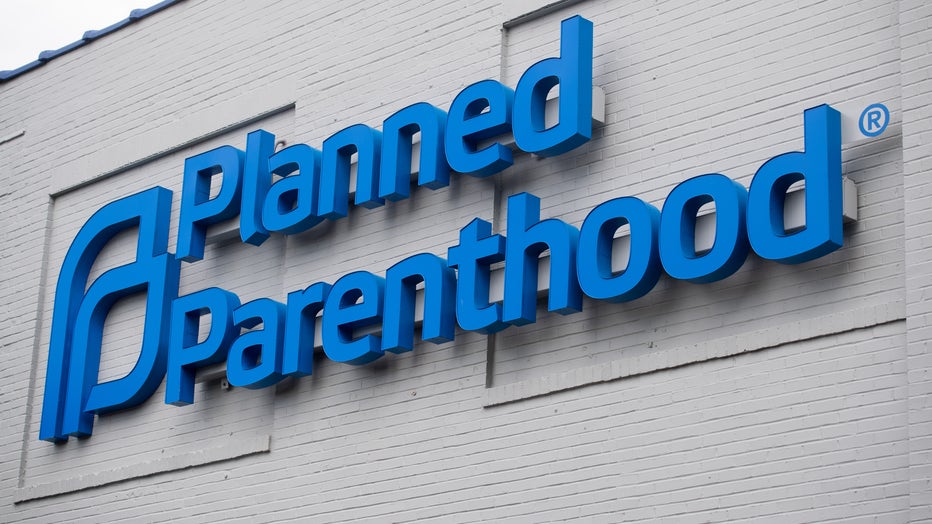 The logo of Planned Parenthood is seen outside the Planned Parenthood Reproductive Health Services Center in St. Louis, Missouri, May 30, 2019, the last location in the state performing abortions.(Photo by SAUL LOEB/AFP via Getty Images)

Cathi Herrod, president of the Center for Arizona Policy, contends the pre-Roe ban will be enforceable. Her group has authored many of Arizona’s abortion laws. She said an injunction issued after the 1973 Roe ruling remains in place, although it appears not to apply statewide, and that in any case the high court’s ruling will take time to be final.

"The unanswered question is what legal processes need to happen for it to be enforceable," said Herrod, who is an attorney.

Herrod said she does not believe the state can prevent a woman from traveling to another state for an abortion.

Instead, she said she will work to ensure existing state bans on doctors prescribing abortion medication via telehealth are enforced.

There were just over 13,000 abortions in Arizona in 2020, according to the most recent report from the Arizona Department of Health Services. Of those, fewer than 650 were performed after 15 weeks gestation.

Roe v. Wade overturned: How does this impact Arizona?

FOX 10's Nicole Garcia has the latest on how the latest Supreme Court ruling overturning Roe v. Wade will affect the legality of abortions in Arizona.