GILBERT, Ariz. - Police are investigating a crash involving a school bus and another vehicle on Friday morning in Gilbert.

SkyFOX video from the scene on Aug. 19 near Higley Road and Chandler Heights showed two school buses, one of which had a smashed windshield. The other vehicle involved in the crash, a white van, was smashed on its side.

Gilbert Police say 59 students were on board the bus at the time of the crash. Three of the students and the bus driver suffered minor injuries.

The driver of the other van was hospitalized with unknown injuries.

Higley Road has reopened between Chandler Heights and Riggs Road. 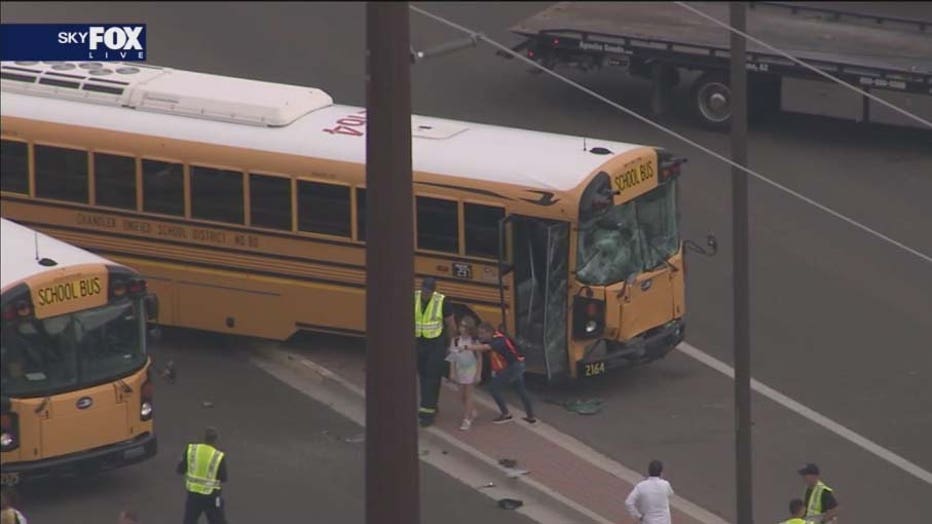 Police are investigating a crash involving a school bus and another vehicle on the morning of Aug. 19 in Gilbert.