MESA, Ariz. - Police say a man was arrested after nearly $12,000 worth of illegal fireworks were seized during separate incidents in Mesa.

The first incident happened on June 24 at a smoke shop located near Country Club Drive and Brown Road, after Mesa Police received an anonymous tip that the store was selling illegal fireworks.

"The fireworks were on display in the middle of the store. We were actually able to buy some of the illegal fireworks, and once we made those purchases, we were able to obtain a search warrant," said Mesa Police sergeant Chuck Trapani.

Criminal charges against the store owner are pending, police said.

Police say a man was arrested after nearly $12,000 worth of illegal fireworks were seized during separate incidents in Mesa. (Mesa Police Department)

The second incident happened on June 29 near Mesa Drive and Brown Road, after investigators learned of an online advertisement for the sale of prohibited fireworks.

Detectives were able to buy illegal fireworks at the location before serving a search warrant, resulting in the seizure of 1,665 packages of fireworks valued at $7,755. Two AR-15 rifles were also seized.

The suspect, 40-year-old George Baber, was arrested and booked into jail. He is accused of weapons misconduct and misdemeanor charges. 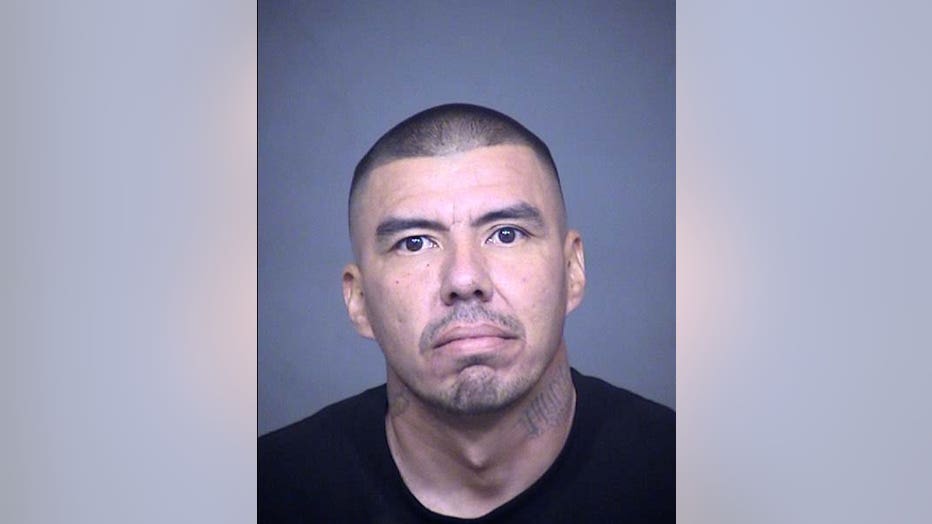 "The use of prohibited fireworks is not only illegal but is extremely dangerous," police said. "They create a fire hazard as well as an injury hazard. The Mesa Police Department will be out in force on the 4th of July aggressively enforcing fireworks laws."

For more information on what is legal and illegal when it comes to fireworks, visit https://fire.mesaaz.gov/community-outreach/fireworks.