Mesa police officers reportedly shot a man who pointed a gun at them near Sossaman and University Drive on June 24, and that suspect now faces multiple charges.

MESA, Ariz. - Mesa police officers reportedly shot a man who pointed a gun at them near Sossaman and University Drive on June 24, and that suspect now faces multiple charges.

Two officers were on patrol in the area when they saw 54-year-old Paul Newman jaywalking across five lanes of traffic, authorities said. He was almost hit by a car during that time.

"When the officers tried to talk to Newman, they immediately noticed a large bulge on the right side of his body," police said in a statement. "They asked him to sit down, and he didn’t comply but instead went into a crouched position."

As police approached him, Newman allegedly pulled out a gun from his waistband, fired it into the ground, and pointed it up toward an officer.

Both police officers shot him in response. Newman was hospitalized with non-life threatening injuries but was released on June 28.

An investigation revealed that he had a second gun in his waistband and that he had a $100,000 warrant out for his arrest in Coconino County for drug possession.

Newman faces multiple charges, including aggravated assault, drug possession, unlawful discharge of a firearm, and prohibited possession of a weapon. 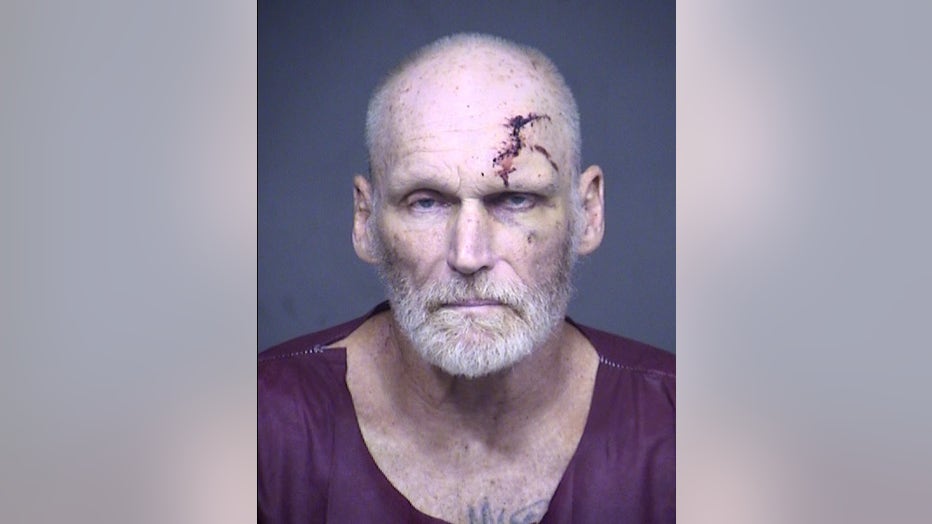