Working remotely can save thousands per year, career site finds

The average worker can save almost $5,000 a year just by not driving into the office anymore.

Americans working from home during the coronavirus pandemic are spending more time in front of the TV, new data suggests.

Professionals who have the luxury to work remotely during COVID-19 are consuming around two hours and 10 minutes more each week of TV – that’s 26 more minutes per day than they did pre-pandemic, according to a survey released Tuesday from market research firm Nielsen.

Americans surveyed in the month of October reported watching 21% more TV between the hours of 9 a.m. and 4 p.m. But viewing continued into the evenings, as the same respondents also upped their TV time between 5 p.m. and 8 p.m., the survey says.

Nielsen remarked that daytime viewing habits are now something of a "second primetime" when it comes to TV consumption among people working remotely during the pandemic.

“While overall media usage in the U.S. did normalize following the peaks brought on by the initial shelter-in-place restrictions, the strength of the streaming market and consumers’ appetite for content has forever tipped the share of consumption — a trend that has very much materialized during the workday — and not just among remote workers,” Nielsen added in a blog post.

In an age of social distancing with fewer opportunities to socialize with friends and family at restaurants, events or even the office, Americans are craving more, if not entirely new forms of entertainment. Close to three-quarters of adults reported in a separate survey by Wakefield Research (on behalf of Dolby) that they were spending more time on entertainment, such as binge-watching shows, as reported by Axios last month. Of those polled,  77% said the news fuels what they watch, while close to 50% said shows were more of an escape from current events. 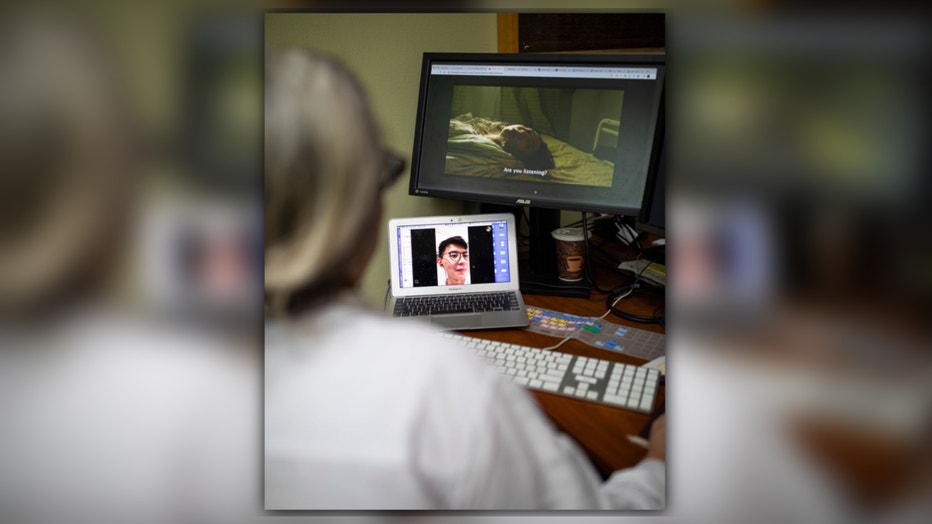 Associate Professor Carol Dysinger, right, of New York University's Tisch School of the Arts, conducts her final remote office hour for the graduate school's filmmaking students May 29, 2020 at her apartment in the Brooklyn borough of New York City.

But ample screen time, in particular, could also be causing consumers more grief than good. Other research has shown that that spending more time in front of a screen is correlated with negative mental health conditions such as depression and anxiety, both of which are on the rise at the moment.

The pint-sized crowd and teens are also tuning in to more TV amid blended learning in some states during the pandemic. Total TV usage among kids under 18 in October during daytime hours was 41% and 56% higher among kids 12 to 17 and 6 to 11, respectively, than compared to the same time in 2019, the survey found. However, this demographic is more often watching from Internet-connected devices and gaming systems, rather than a traditional TV set.