PHOENIX - In a tweet made to his personal Twitter page, Arizona Congressman Paul Gosar appears to suggest that Antifa provocateurs had a role in the riots at the United States Capitol in Washington D.C.

On Jan. 6, supporters of Donald Trump gathered in Washington D.C. for a protest over baseless claims of electoral fraud. Eventually, people stormed the U.S. Capitol Building as Congress was counting the electoral votes from November 2020's election.

At least one person was shot and killed, though it’s not clear who pulled the trigger during the chaotic scene. Some in the crowd were shouting "traitors" as officers tried to keep them back.

On his personal Twitter account, Rep. Paul Gosar, retweeted a video posted that claims some of the individuals who stormed the Capitol Building were "dressed up and had knee pads," made a claim that the incident has "all the hallmarks of Antifa provocation," without offering any evidence to support that claim. 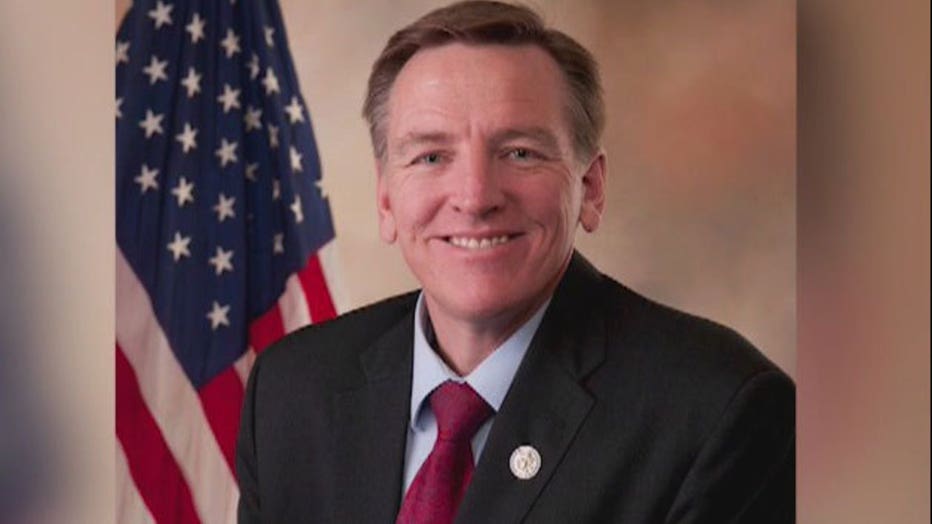 In another tweet later on, Rep. Gosar appears to blame Arizona Secretary of State Katie Hobbs for the riot at the Capitol.

"Is @katiehobbs (Twitter handle for Secretary of State Hobbs) satisfied with her obstruction now?" Rep. Gosar wrote. "For weeks the people have demanded transparency. Instead they got lies and cover up."

On his official Twitter, however, Rep Gosar struck another tone, saying, in a tweet, that protesters do not need to "get carried away," and that they are "beyond the line."

"Leftist violence - or any violence - will not deter our missing for truth and transparency," Rep. Gosar said.

While some prominent Republicans in Arizona, including Arizona Republican Party Chair Kelli Ward and GOP state lawmaker Mark Finchem, blamed inaction to address the baseless electoral fraud accusations for the riot, most have condemned the rioters for the actions.

Just as supporters of President Donald Trump stormed their way through the nation's capitol, supporters were in Arizona at the state capitol Jan. 6, rallying for the decertification of President-elect Joe Biden's win.

Amid skirmishes at the U.S. Capitol Building in Washington D.C. as Electoral College votes are being counted, Arizona politicians are reacting to the latest developments.

Republicans object to election tally in Arizona, forcing votes in House and Senate on Biden's victory

The objection was made by Arizona Rep. Paul Gosar and was signed by Texas Sen. Ted Cruz. Both are Republicans. The two chambers now have two hours to debate the challenge.