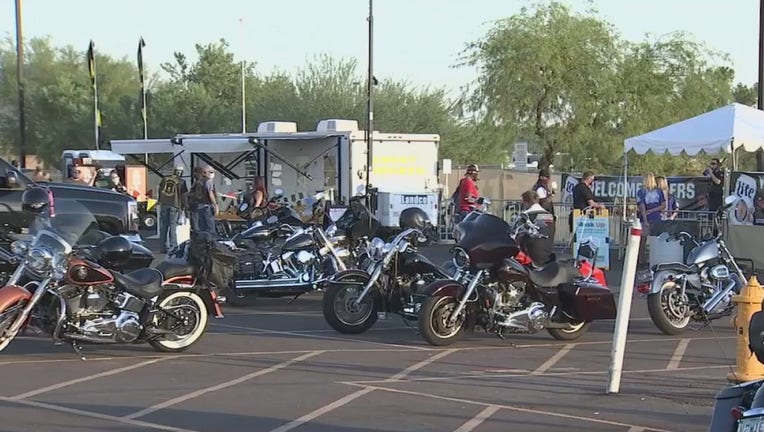 SCOTTSDALE, Ariz. - Arizona Bike Week, the biggest event held in Scottsdale since the start of the COVID-19 pandemic, took place at West World on Oct. 10 with some new restrictions.

Thousands of people enjoyed the music, the sights and sounds of the event.

"We’re at about one third what we typically are," said Lisa Cyr, Vice President of FX Promotions.

Attendance is capped at 4,000 people a day, creating social distancing and enforcing mask requirements, all necessary precautions promoters had to take in order to put on the event this year.

Some bikers, however, say they found the restrictions, which include a requirement to wear face masks, frustrating.

"The way they’re really trying to enforce it once you’re inside is super frustrating. I think it kind of brings down your mood a lot," said Chris Miles.

Promoters say they worked extremely hard in the weeks leading up to this weekend, in order for the City of Scottsdale to approve the event.

"Bikers live by a code of being true to their word. We’re only as good as our word, so when we said we were going to have an event and we're not able to , that really deeply affected us," said Cyr.

The concerts played on, but to a smaller crowd than usual.

"I thought the crowd would be bigger to be honest. You could still have fun in there," said Miles.

"Nobody wants to wear their mask in there," said Raboin. "If they pull it down for a second, security is all over them."

Oct. 11 wraps up the four-day event. There is no admission charge on Oct. 11.