A man born and raised in Glendale has lived in Ukraine since 2018. He is safe and FOX 10's Steve Nielsen spoke to him about his days-long journey to get out of the country.

PHOENIX - Grady Andersen was born and raised in Glendale, Arizona and he always had an interest in Eastern Europe. He moved to Ukraine in 2018 to open an IT business that connects Ukranian businesses with American and Canadian companies. He fell in love with the country and didn't want to leave.

The focus of the war has been Ukraine's capital, Kyiv – Andersen's home for the last four years. He never thought Russia would actually invade.

"It was 5:30 in the morning. I woke up to the emergency sirens blaring, and you could also hear the explosions," recalled Andersen.

At first, he had no intent to leave and prepared for life in a combat situation.

"It's packed. Like at the grocery store before it's even opened. Lines at the ATMs that are super long. Everyone's pulling out their cash," he said.

"The thing I was scared of most was life under Russian occupation."

Take a look at the photo he took spending nights in subways underneath the blasts and a bomb shelter in the basement of his building. 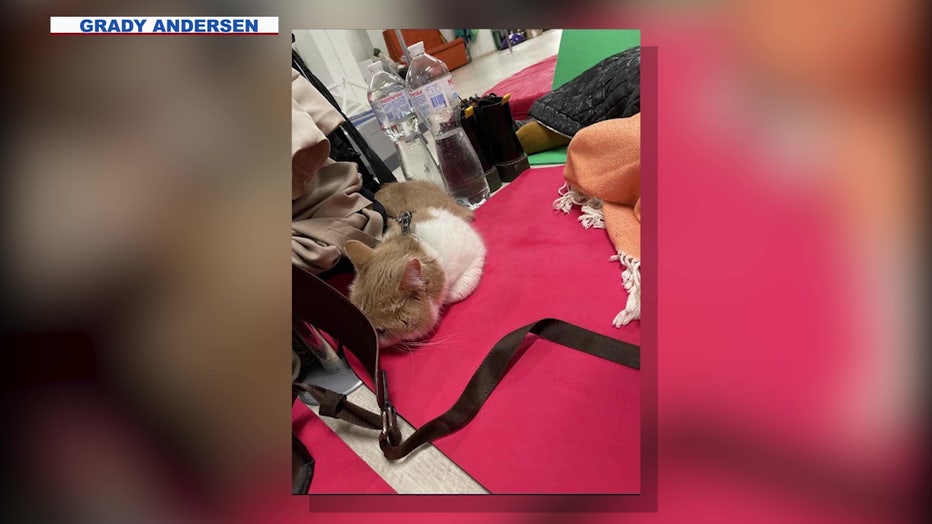 A photo showing Arizonan Grady Andersen hiding in the Kyiv Subway during the beginning phases of the Russian invasion. (Courtesy: Grady Andersen)

After several days, he went to buy food and water for the territorial defense and realized it was time to finally leave.

"The thing I was scared of most was life under Russian occupation. If you look at the countries Russia occupies they are holes. I realized that is more scary than the tanks and the fighting."

He went to the train station, but it was a fight to get out.

"People were trampling each other, pulling them down, getting them out of the way.. trying to get in," he said.

The United Nations estimates more than a million people have fled the country. Andersen says he somehow made it on a train and then two trains later, with a lot of hiccups, made it to the large western city of Lviv. With help from a U.S. group, he caught a bus two days later to Warsaw, Poland. 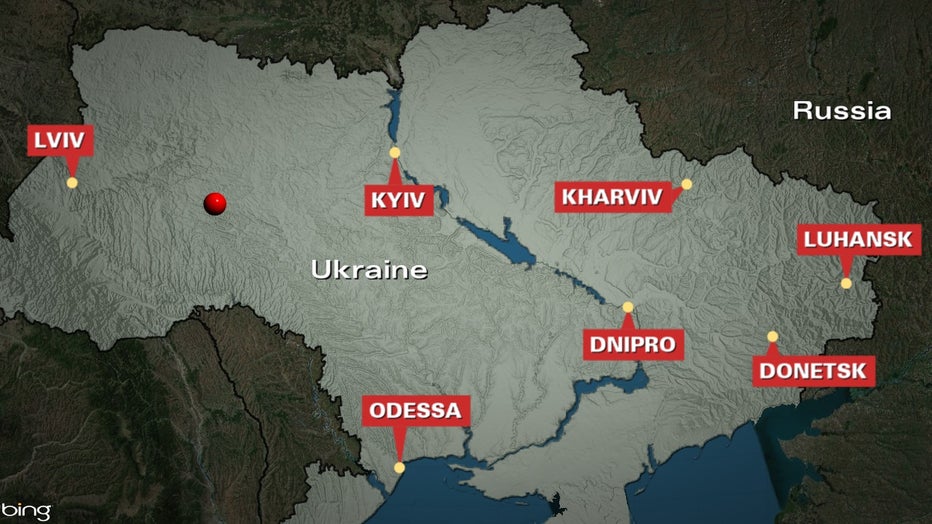 Now in Warsaw, he says he's blown away by the world support. He took a photo of the clock tower in Poland which displayed Ukrainian colors. He says he isn't surprised the country he called home for four years isn't giving up.

"They were very patriotic and from the moment it started, ready to fight to the end because for them, they know what it's like to live under Russian rule."

Andersen says he's headed to the country of Georgia next. He'll continue to try to operate his business there while he keeps an eye on the place he loves.

Fountain Hills officials say that the fountain east of Phoenix will be lit blue and yellow every Wednesday night through March for Ukraine and its citizens.

On March 2, the Arizona state legislature signed a proclamation declaring that the state stands in solidarity with Ukraine.

As the war in Ukraine rages on, those who came to Arizona from the now war-torn country are worried about friends, family, and loved ones back home.