Crews responding to a Scottsdale home for what they first thought was a call to remove one rattlesnake got more than they bargained for. FOX 10's Irene Snyder reports.

SCOTTSDALE, Ariz. - A Phoenix area family called for help, after they found a rattlesnake on their front porch.

However, by the time help got to the family's home, crews were in for a surprise.

"It's a season when everyone needs to eat, and that puts them in contact with us a lot of time," said Rattlesnake Solutions owner Bryan Hughes.

Hughes said members of his crew were called out to the family's home, located in Scottsdale. They were first called out to remove a Western Diamondback Rattlesnake, but they eventually removed a bucket full.

"A mother rattlesnake gave birth to a bunch of babies on somebody's patio," said Hughes. "Rattlesnakes don't lay eggs. They give live births. The moms stay with the babies and take care of them."

Experts say people need to be extra careful about rattlesnakes during this time of the year, because the moms are very protective of their babies.

Hughes said while the snake babies are venomous, they are no more dangerous than their mothers.

"It's a myth, a really popular myth that baby rattlesnakes are more dangerous," said Hughes. "Baby rattlesnakes have just as much control over venom expenditure as adults, but they are not as bad because they don't have as much venom to give."

Even still, a bite, even from a baby rattlesnake, is still an emergency.

"If you're not worried about getting a car crash, don't worry too much about rattlesnakes. Don't lose sleep over it," said Hughes.

As for Arizona's rattlesnake season, that goes through October. 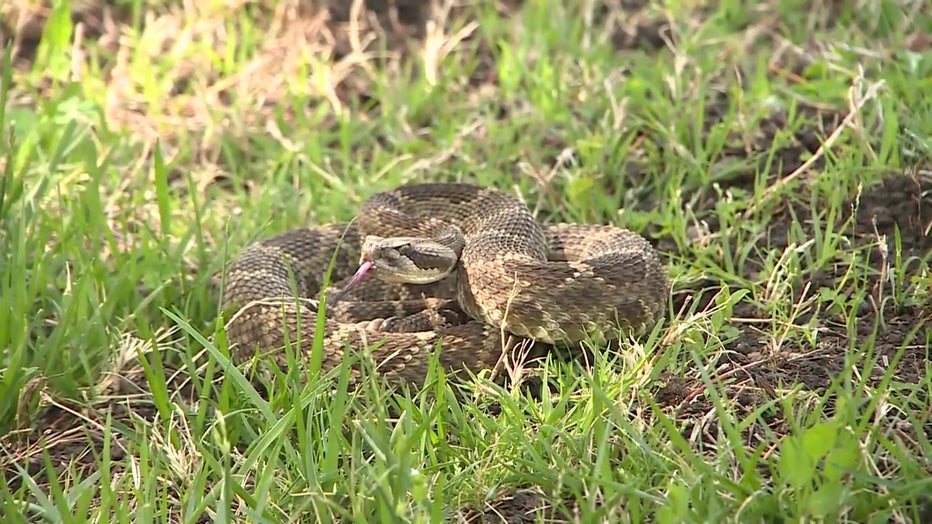