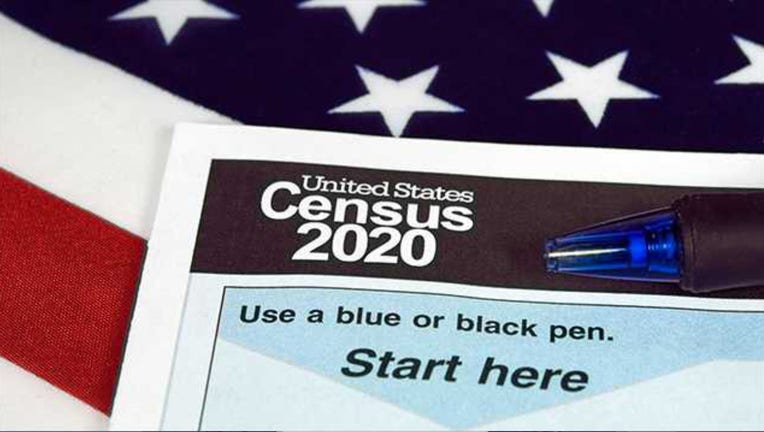 ORLANDO, Fla. - The U.S. Census Bureau says it has counted 99.9% of the households in the U.S. during the 2020 census, but the nation's largest statistical association, and even the bureau's own census takers and partners, are raising questions about the quality of the data gathered for the nation's once-a-decade head count.

A shortened schedule, dropped quality control procedures, pending lawsuits and the outside politicization of some parts of the 2020 census have raised questions about the quality of the nation's head count that need to be answered if the final numbers are going to be trusted, according to a report released Oct. 13 by the American Statistical Association.

The report was written by a task force made up of three former Census Bureau directors, a former deputy director, a former chief scientist and a former chief demographer at the bureau, among others.

“It’s not enough to complete an enumeration. It’s also important to count everyone in doing so,” said John Thompson, a former Census Bureau director who was on the task force.

The Census Bureau has cited the high completion rate in its court battle against a coalition of local governments and civil rights groups that sued the statistical agency and the Commerce Department to stop the head count from ending Sept. 30.

The coalition argued that ending the count early would cause minority communities to be overlooked, but the Trump administration said it needed to end the count to meet a Dec. 31 deadline for turning in numbers that decide how many congressional seat each state gets. A district judge ruled that the census can continue through Oct. 31, but the Trump administration has appealed to the U.S. Supreme Court.

Among the concerns highlighted in the report by the statisticians are the reliance on people other than those living in the household, such as a neighbor or landlord, in answering questions about the household; college students who left campuses and college towns during the pandemic; and the elimination of quality control checks that would catch computer errors.

The report recommends that outside experts should be given access to the data to help analyze its quality before numbers are turned in for divvying up congressional seats. It also says that federal law governing the census should be evaluated to determine whether changes are needed to protect the independence and integrity of the Census Bureau and the once-a-decade head count.

Concerns about the quality of the data also have been raised by census takers and partners in the field.

Sheila Valenzuela, census director for the Gila River Indian Community in Arizona, said in court papers that she had been given misleading information from the Census Bureau's Tucson office for weeks about how many households had been counted in her community. Last week, she was told that more than 101% of her community had been counted. Doubting that figure, she contacted the manager of the Tucson office, who revised the completion rate to 88%.

The information she has been getting about her community's response rates has been “unclear and conflicting," she said.

Besides deciding how many congressional seats each state gets, the census determines how $1.5 trillion in federal spending is distributed each year.

Some indicators that will determine the quality of the census is the percentage of cases counted through proxies, or people other than those living in a household, as well as the rate of cases where administrative records are used to get information about households. The census questionnaire asks about a household members' race, Hispanic origin, sex and the relationship of the people living in the home.

The best quality answers come from people who have answered the questionnaire themselves either online, by mail or by phone since they are most knowledgeable about their household. Next-best is information coming from census takers who directly interview the occupants of the home during the door-knocking phase. Census takers turn to neighbors or landlords or administrative records for information only after they've failed to reach members of a household.

During the door-knocking phase of the 2020 census, almost 24% of responses have been from interviews with neighbors or landlords or someone other than a person living in the household. That’s about the same rate as a decade ago during the last decennial census, Al Fontenot, an associate director at the Census Bureau, said in court papers.

This is the first decennial census in which administrative records, such as IRS, Social Security and Medicare documents, are being used in large numbers to help fill in information gaps.

Answers about households have come from administrative records in 13.9% of the homes during the door-knocking phase, Fontenot said.

That's only slightly higher than what the bureau projected before the start of the 2020 census. But Terri Ann Lowenthal, a former congressional staffer who specialized in census issues, worries that the reliance on administrative records will miss hard-to-count populations that are lacking records, such as undocumented residents and people experiencing housing insecurity.

“It signals a worrisome indicator of data quality and accuracy," Lowenthal said.

Over 10% of residents haven't participated in the once-a-decade national count and the state could lose $500 million annually in federal funding.