CHANDLER, Ariz. - Police are asking for the public's help in identifying a suspect accused of sexually assaulting a boy in Chandler.

The incident happened on the morning of July 29 near McQueen and Warner roads after a boy reported that he had been lured away from his bus stop by a man driving a black golf cart. The suspect then took the boy to a nearby apartment complex and assaulted him.

Police say maintenance workers at the apartment complex are known to wear similar clothing and drive golf carts, but they are currently looking for other leads. 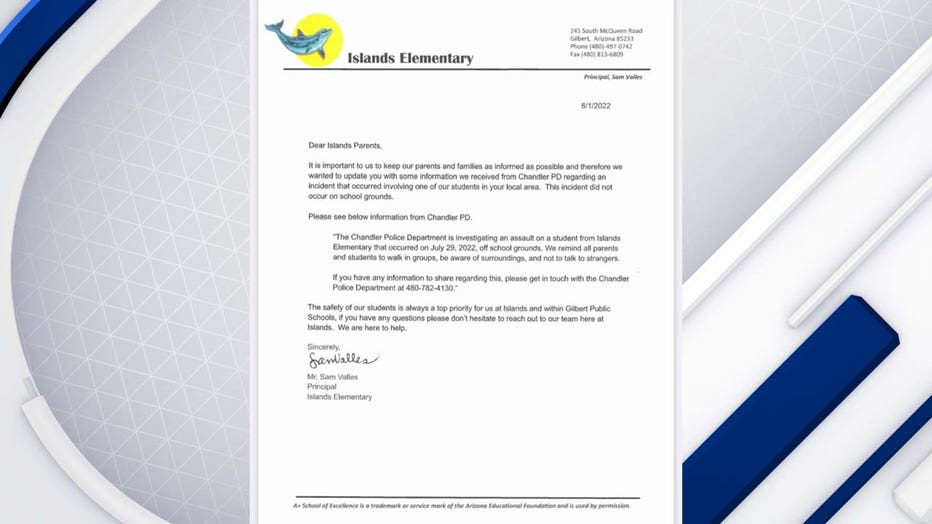 Islands Elementary School sent a letter home to parents notifying them of a sexual assault involving one of their students. Chandler Police are asking for the public's help in identifying the suspect.