As the Biden administration starts to focus on immigration reform, it is enticing many newcomers to try and cross the border, which is causing some confusion and conflict&nbsp;in border towns like Yuma.

TUCSON, Ariz. - The city of Tucson has contracted with local hotels to temporarily house people seeking asylum in the U.S. while awaiting the completion of a tent-like facility built by Customs and Border Protection.

A statement on April 12 from Tucson Mayor Regina Romero, a Democrat, said the city has paid local hotels to temporarily shelter about 75 migrants traveling as families, The Arizona Daily Star reported.

"The City of Tucson will continue to be a strong partner — as we have been during previous surges under past presidential administrations — to provide humane, dignified care for asylum seekers during their brief stop in Tucson," Romero said.

City officials said there was no estimate of the taxpayer cost for housing asylum seekers at hotels, but that the city was asking the federal government to reimburse the costs. 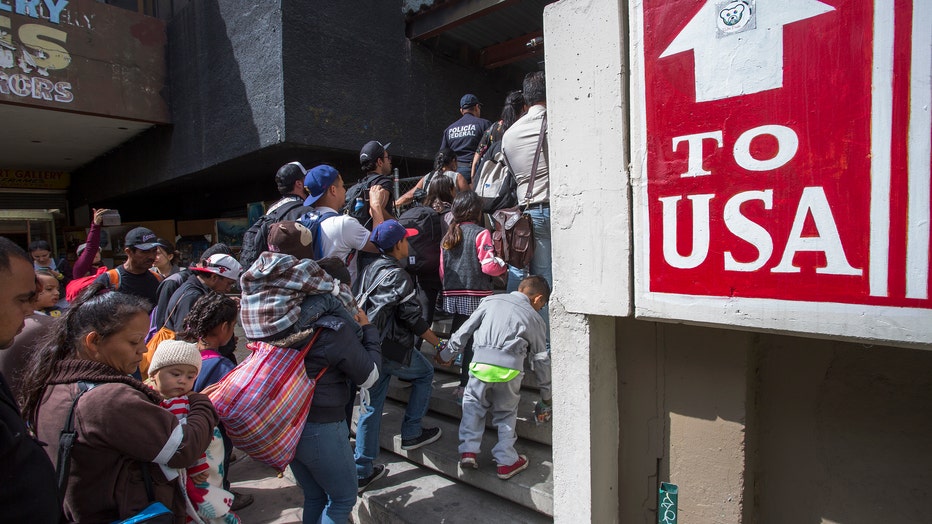 TIJUANA, MEXICO - APRIL 29: Members of a caravan of Central Americans who spent weeks traveling across Mexico walk from Mexico to the U.S. side of the border to ask authorities for asylum on April 29, 2018 in Tijuana, Baja California Norte, Mexico. (

Federal officials are dealing with tens of thousands of asylum seekers arriving at the U.S.-Mexico border each month, and officials are searching for ways to house the families and unaccompanied children. In Tucson, officials are building a tent-like facility that is scheduled to open in late April or early May.

The facility is designed to hold 500 people, but COVID-19 restrictions and other concerns likely will limit capacity to about 150 to 200 people, officials said. A similar facility built in Yuma in 2019 was air-conditioned and stocked with food and clothing.

"The City of Tucson has zero role in coordinating, planning, implementing, or any other aspect of this facility, which is being led by Border Patrol and who would have full details on the facility," said Romero, who called for transparency. "It is important that this facility be open to both elected officials and members of the media, which is why I am encouraged to hear that Border Patrol plans to have an ‘open house’ of the facility prior to becoming operational."