GLENDALE, Ariz. - The largest resort in Arizona is set to open in 2023 and plans to offer more than a thousand hotel rooms, "Caribbean-blue water," and a 52,000 square-foot island in Glendale.

VAI Resort, which would be located across the street from State Farm Stadium, reportedly aims to be a "water oasis to the desert" with white sand beaches.

It would also include a 360-degree concert stage, 13 restaurants, a wedding chapel, a spa, and a 400-foot tethered balloon for guests to look out at the city, according to the city of Glendale.

Officials say the largest manmade "private party" island in the country will be built there, along with a Mattel theme park.

The 60-acre resort was originally announced as Crystal Lagoons before changing ownership.

Glendale officials say the hotel will create 1,800 jobs for the city. 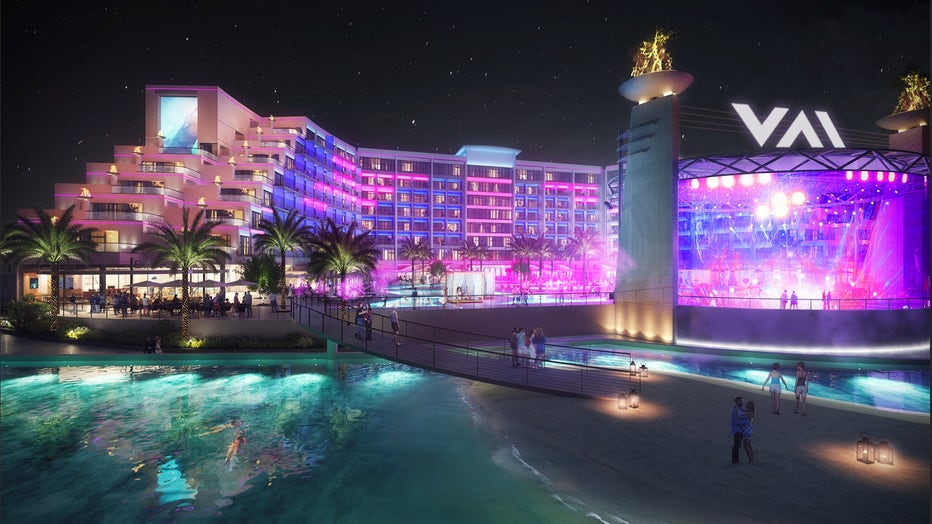 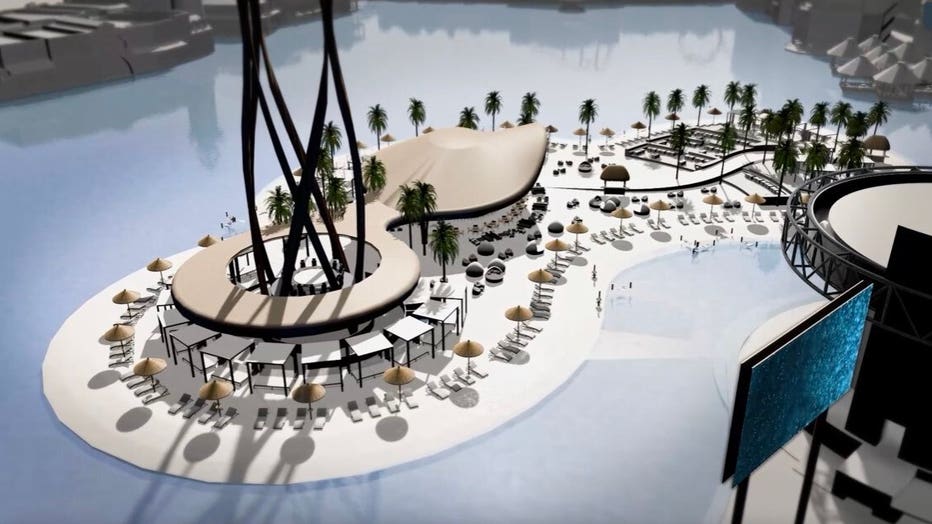 A rendering of the manmade island.