At Gila River Arena Wednesday morning, military and first responders along with residents, climbed thousands of stairs in honor of the victims of the September 11 attacks. FOX 10's Carmen Blackwell reports.

PHOENIX - At Gila River Arena Wednesday morning, military and first responders along with residents, climbed thousands of stairs in honor of the victims of the September 11 attacks.

Hundreds participated in the 9/11 tower challenge by climbing thousands of steps just like the first responders did 18 years ago, a challenge that may never come close to what the victims and fallen heroes of 9/11 faced.

"It's a tragedy that we hope to never live again but always want to remember," said Arielle Rodeau, wife on an active first responder. "A lot of lives were lost this day and this is one small thing we can do to honor their lives."

"Knowing that my husband is first in and last out always strikes home, so it's always an emotional day for us," says Rodeau.

It was a challenge respectfully accepted by nearly 1,500 participants. The meaning behind the tower climb couldn't be more clear.

"The big message today is to be thankful for those that have fallen, remember them and their sacrifices but also to celebrate everyone that's here today and everyone that continues to put our safety first," said Crystal Jennings, with the 100 Club of Arizona.

Now it's been 18 years, and still, we will never forget. 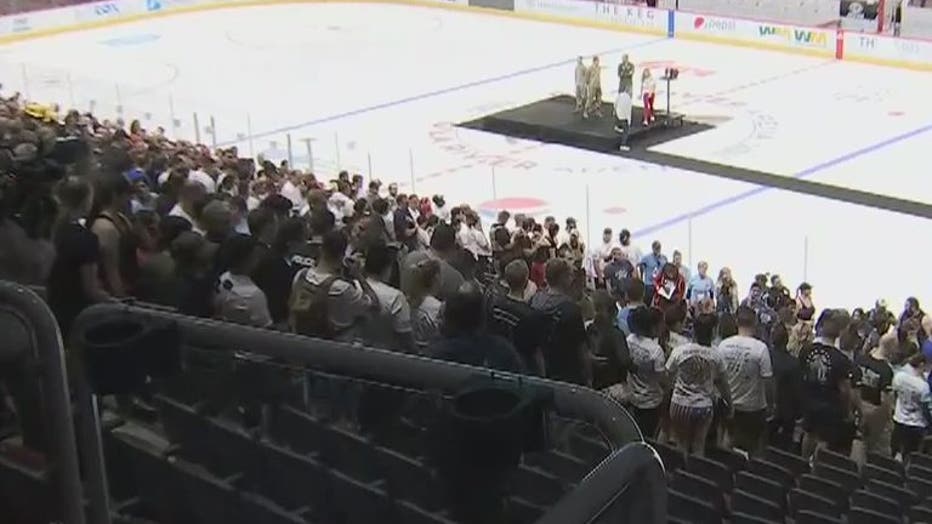