FOX 10 has obtained a video that shows the events leading up to the death of a man in a hit and run incident in Mesa. FOX 10's Steve Nielsen reports.

MESA, Ariz. - FOX 10 has obtained a video that shows the events leading up to a deadly incident in Mesa.

The incident happened on January 11, when a white truck plowed into another vehicle. The incident ended with the death of a man, and the suspect then fled the scene, and has not been caught.

At the scene of the incident, tread marks are still seen plastered to the asphalt. According to Mesa Police officials, it all began as a road rage incident, which eventually triggered the deadly violence. 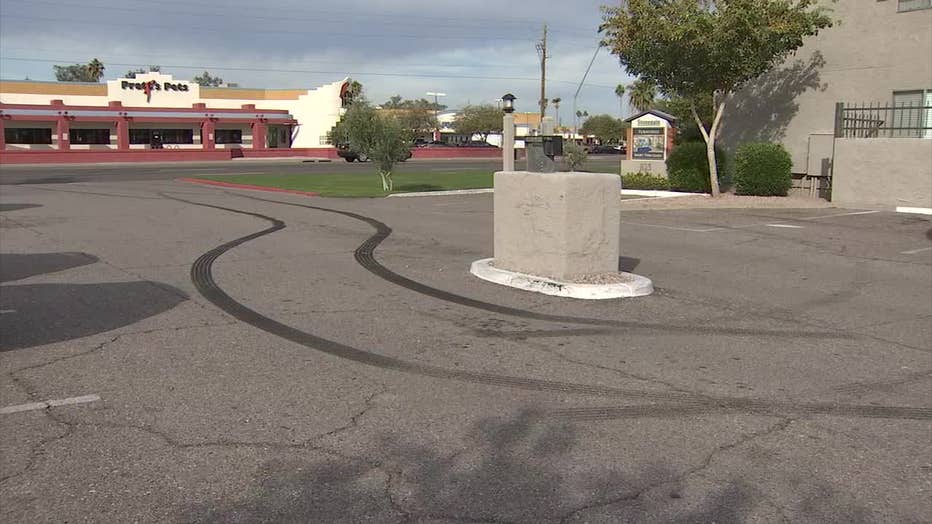 The video obtained by FOX 10 shows a dark-colored car pulling into the entrance of an apartment complex on Alma School Road, with a white pick up truck pulling in just behind, nearly hitting another car.

The victim then gets out of his car and runs after the white truck.

"The kid ran, and the truck went after him," said a man who witnessed the incident. "It was a quick acceleration, so it was pretty obvious he was trying to hit him."

This witness said he was taking out the trash when he saw the white truck start doing a donut in the middle of the street, a claim that is confirmed by the video.

FOX 10 has chosen to redact some parts of the video, but in the portion of the video that was redacted, the white truck hits the victim, who was in his early 20's, killing him. Mesa Police officials have yet to release the victim's identity.

"It was pretty awful," said the witness. "The kid ran, and the truck went after him. It was a quick acceleration, so it was pretty obvious he was trying to hit him."

In photos Mesa Police released, the license plate reads CK14318. Police say they ran the plate, but the owner sold the truck a month ago and it wasn't registered by the new owner. 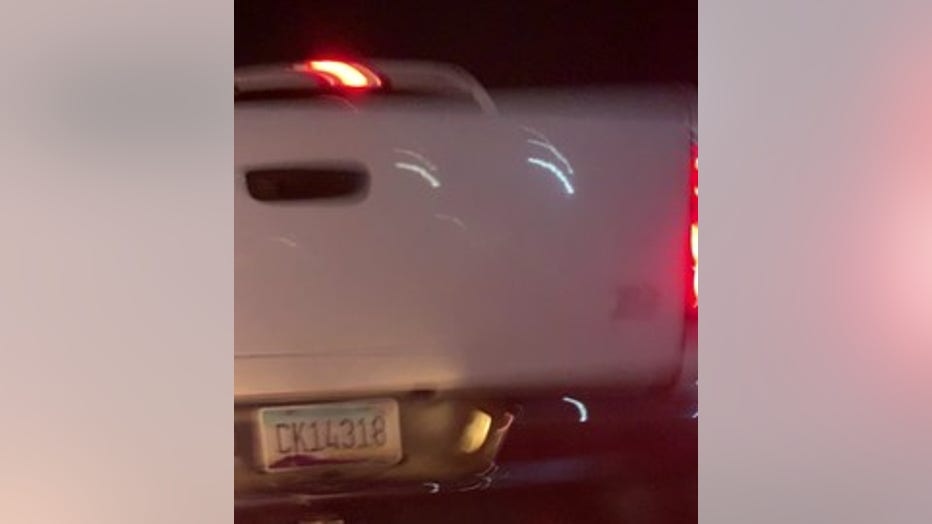