With about a month left before the 2023 WM Phoenix Open gets underway, FOX 10's Danielle Miller has a look at what has been done so far to transform a Scottsdale venue into a place for what some call the 'greatest show on grass.'

SCOTTSDALE, Ariz. - We are just about a month out from the greatest show on grass.

As of Jan. 4, preparation works are in the final stages. Tournament chairman Pat Williams says things are right on track.

"We're about 90% built. We build over a million square feet on property, total. We're about 90% done, and we're right where we want to be," said Williams.

Williams says crews will work around the clock to make sure things are complete, come tournament time. They are preparing for the largest crowd yet, especially with the Super Bowl in town at the same time.

As far as volunteers, Williams said they can always use more.

"We've got about 3,000 volunteers in total. We still have opportunities for people to volunteer if they like," said Williams. "It doesn't happen without our volunteers."

All the suites are sold out, but there are still plenty of general admission tickets available. 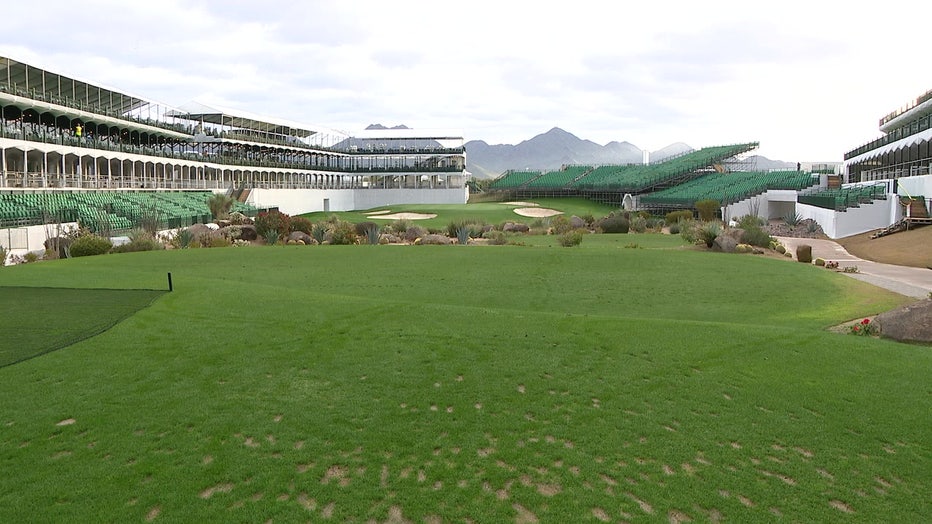