Phoenix police are investigating after a woman was murdered near 27th Avenue and Missouri on Tuesday night.

PHOENIX - Phoenix police are investigating after a woman was killed in a shooting near 27th Avenue and Missouri late Tuesday night.

Officers responded to a shooting call at around 11 p.m. on Sept. 27 and found a woman who had a gunshot wound.

The woman, identified as 42-year-old Teana Yameka Pruitt, died from her injuries at the hospital.

Investigators said that there was likely an argument before the shooting happened, but no arrests have been made. No suspect information was released.

The entire intersection was closed for the investigation. 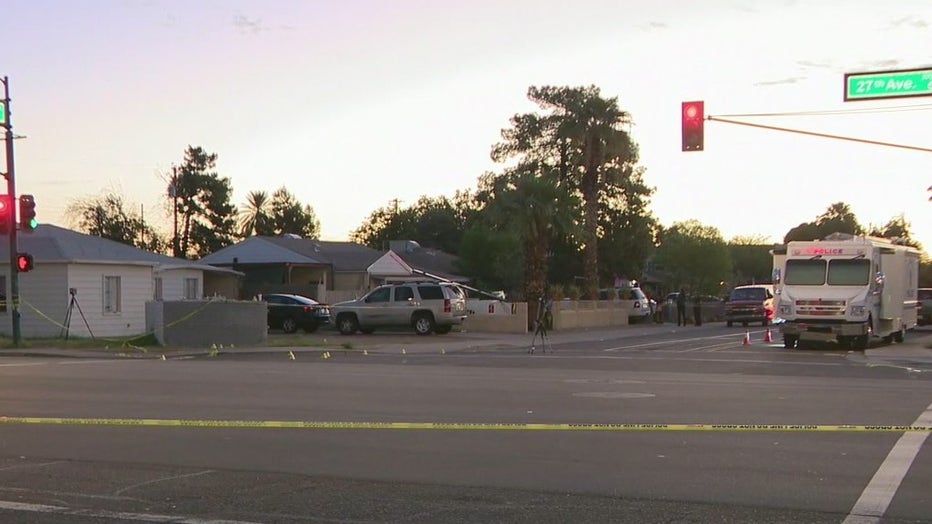 The scene of a deadly shooting investigation near 27th and Missouri avenues.