Glendale will not renew operating agreement with Arizona Coyotes

Citing an 'increased focus on larger, more impactful events' for the Gila River Arena, officials with the west Valley city say they will not renew their agreement with the NHL team, meaning the Coyotes will be finding a new home after 18 years. FOX 10's Bailey Miller reports.

TEMPE, Ariz. - Just a few months before the Arizona Coyotes play their final game at Gila River Arena in Glendale, the team is reportedly close to finding a temporary home.

According to Craig Morgan of PHNX Sports, the Coyotes are in advanced talks with Arizona State University to play at the university's new multi-purpose venue.

Morgan reports the Coyotes would play at the new venue for the next three-to-four seasons as the team awaits approval to build a proposed arena near Rio Salado Parkway and Priest Drive.

The news comes after the city of Glendale decided not to renew its operating agreement with the Coyotes last year, citing "an increased focus on larger, more impactful events" for the arena after the upcoming season ends."

The Coyotes have played at Gila River Arena since moving from America West Arena – now the Footprint Center – which they shared with the Phoenix Suns, in downtown Phoenix in 2003. The Coyotes have operated on an annual lease since 2016 after the Glendale City Council voted to opt-out of a long-term agreement.

Coyotes owner Alex Meruelo has said he intends to keep the franchise in Arizona. 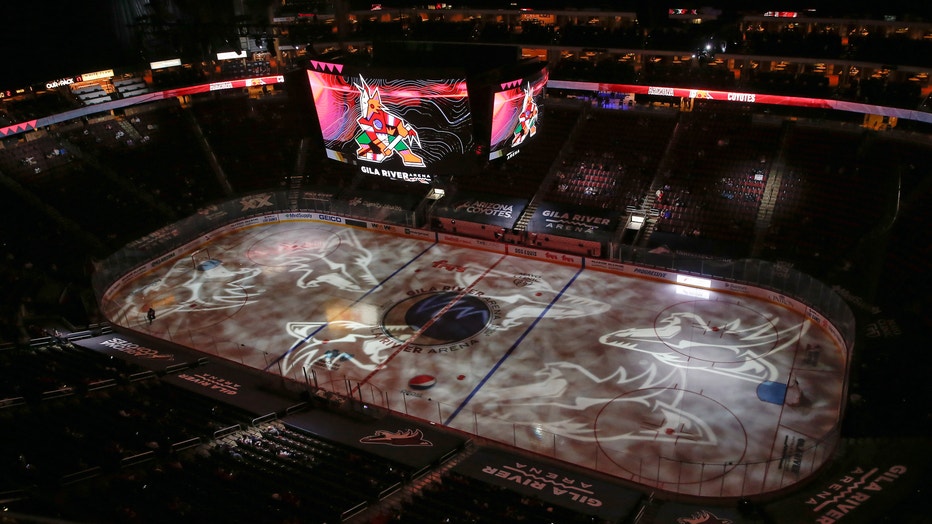 GLENDALE, AZ - JANUARY 14: A wide overview of Gila River Arena during intermission during the NHL hockey game between the San Jose Sharks and the Arizona Coyotes on January 14, 2021 at Gila River Arena in Glendale, Arizona. (Photo by Kevin Abele/Icon