A different kind of sporting event took the spotlight at Sun Devil Stadium. Ice skating. It's part of an annual tribute to a nine-year-old hockey player who died of cancer. FOX 10's Irene Snyder has more.

Trevor Zegras scored at 3:34 of overtime and the Anaheim Ducks beat the Arizona Coyotes 2-1 on Saturday night for their first three-game winning streak of the season.

Cam Fowler scored once the power play started and the Anaheim Ducks used a rare fast start to beat the Coyotes 5-2 on Tuesday night.

Arizona has dropped 10 of 11 overall. The Coyotes halted a nine-game losing streak by beating Detroit on Tuesday.

Kastelic scored in the third period to give Ottawa a two-goal lead and the Senators held on to beat his hometown Arizona Coyotes 5-3 on Thursday night.

The Coyotes lost their sixth straight. They are 7-5-2 at home, the fewest home games in the league.

Jake Guentzel came out of a scoring slump at the perfect time, allowing his team to end one of its own. Guentzel scored two goals, Casey DeSmith stopped 23 shots and the Pittsburgh Penguins beat the Arizona Coyotes 4-1 Sunday night to end a six-game losing streak.

There are plans to build a new $2.1 billion hockey arena and entertainment district in the City of Tempe, but first, voters will decide if they want it or not.

The Coyotes, which fell behind 2-0 but tied the score twice in the second period, had goals from Jakob Chychrun, Clayton Keller and Nick Bjugstad.

The Coyotes are 6-1-1 at 5,000-seat Mullett Arena since returning from a 14-game, 33-day road trip. They have defeated Boston, Colorado and the Maple Leafs at home this season.

Vejmelka had 26 saves and stopped all three shots in a shootout in the Coyotes’ 2-1 victory over the Kings on Friday night.

The Coyotes got off to a fast start, but couldn’t capitalize and missed on a couple of good chances in the third period before Hoffman ended it early in overtime.

The Buffalo Sabres beat the Arizona Coyotes 5-2 on Saturday night. 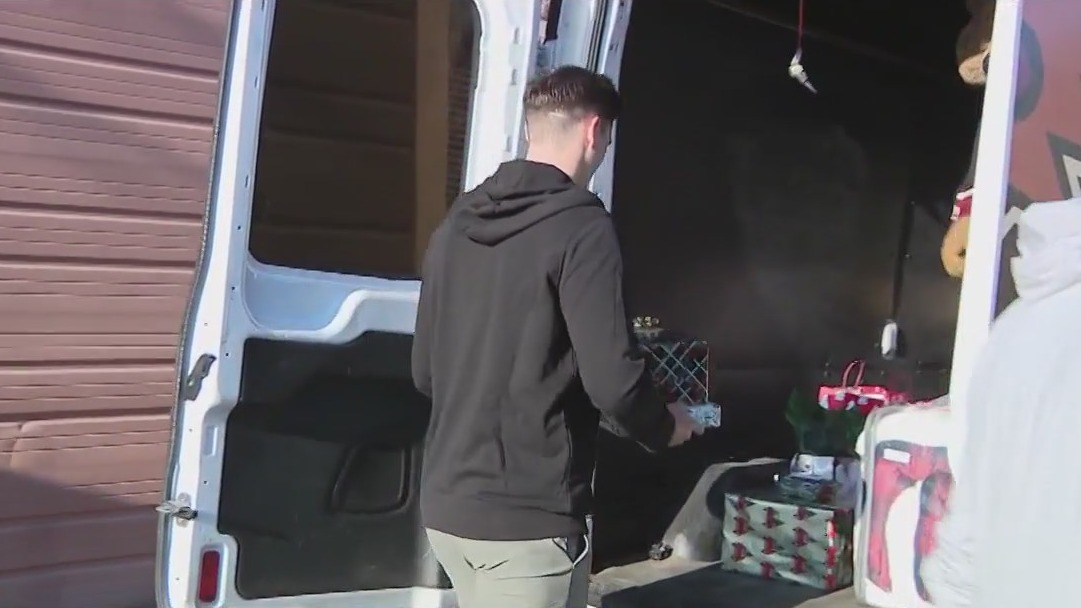 Phoenix's hockey team is spreading a little holiday cheer this year, with every player stepping in to adopt a family to give gifts to. FOX 10's Danielle Miller reports.

Arizona State University Police say five people were cited for disorderly conduct and one person was arrested for aggravated assault in connection to the fight.

Lawson Crouse scored his second goal with 13.5 seconds left in the third period and the Coyotes returned home to end a 19-game losing streak to the Boston Bruins with a 4-3 victory Friday night.

Shayne Gostisbehere and Jakob Chychrun each had a goal and an assist for Arizona, which has lost nine of its last 10 (1-6-3). Karel Vejmelka had 24 saves.

Bo Horvat scored his second goal of the game at 4:09 of overtime and the struggling Vancouver Canucks beat the road-weary Arizona Coyotes 3-2 on Saturday night.