Debbie Edenhofer threw out the first pitch at the July 9 game at Chase Field in downtown Phoenix as part of "Donate Life Day." Her son, Tyler Edenhofer, was an organ donor. He was shot and killed in the summer of 2018 in the line of duty.

Phoenix Mercury star Brittney Griner pleaded guilty to drug charges months after she was detained at a Russian airport for allegedly carrying vape canisters with cannabis oil in her luggage, and Arizona Diamondbacks pitcher Madison Bumgarner beat his old team on the Fourth of July – these are the top stories in the world of sports from July 4-10.

1. WNBA star Brittney Griner pleads guilty to drug charges in Russia: Phoenix Mercury star Brittney Griner pleaded guilty to drug possession and smuggling charges in court. Griner was detained in February at Moscow's Sheremetyevo Airport after vape canisters with cannabis oil allegedly were found in her luggage. She faces up to 10 years in prison if convicted of large-scale transportation of drugs. 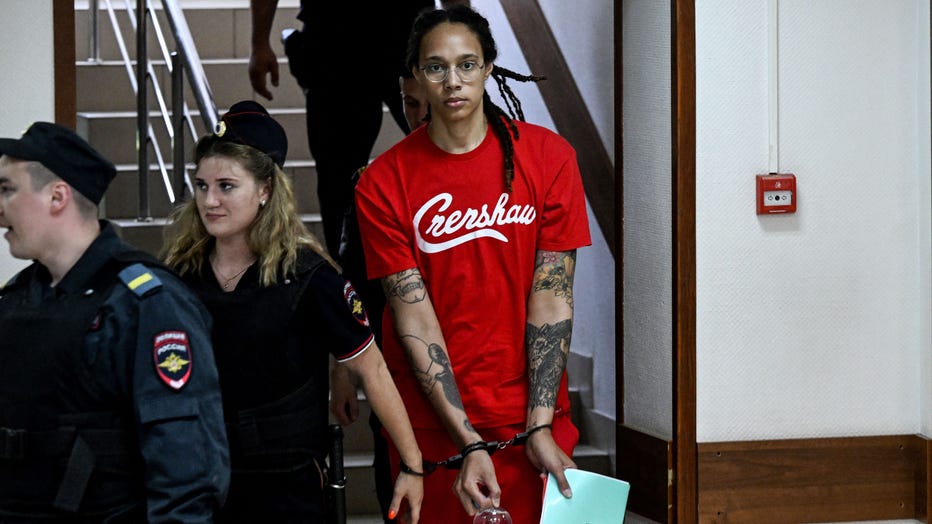 US WNBA basketball superstar Brittney Griner arrives to a hearing at the Khimki Court, outside Moscow on July 7, 2022. (Photo by KIRILL KUDRYAVTSEV/AFP via Getty Images) 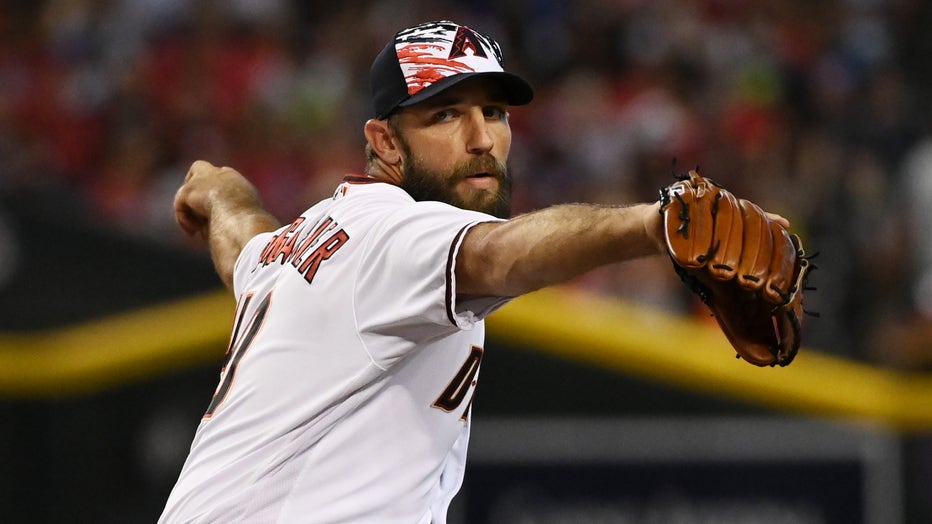 Madison Bumgarner #40 of the Arizona Diamondbacks pitches in the first inning against the San Francisco Giants at Chase Field on July 4, 2022. (Photo by Norm Hall/Getty Images)

3. Browns trade QB Baker Mayfield to Panthers: Baker Mayfield's rocky run with Cleveland officially ended when the Browns traded the divisive quarterback and former No. 1 overall draft pick to the Carolina Panthers. Mayfield, pushed out of his starting job by the Browns' pursuit of Deshaun Watson, was sent to Carolina for a conditional draft pick. 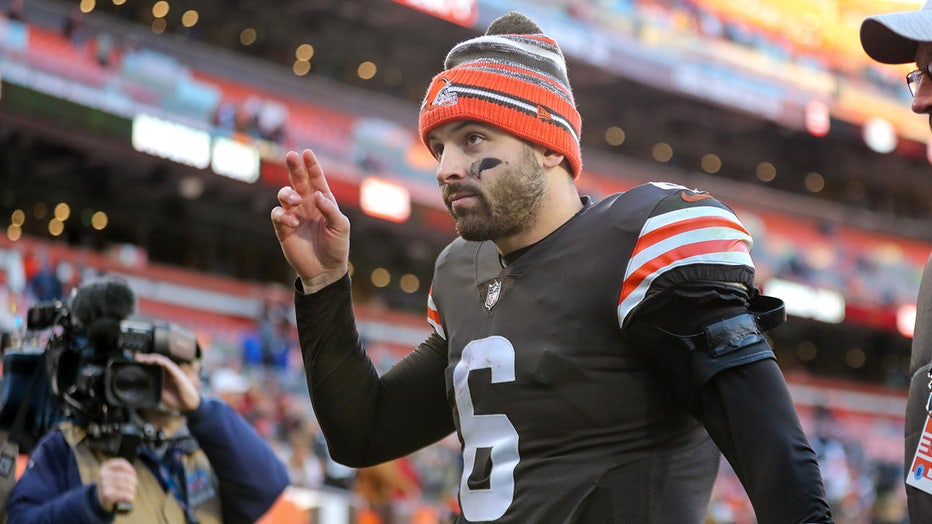 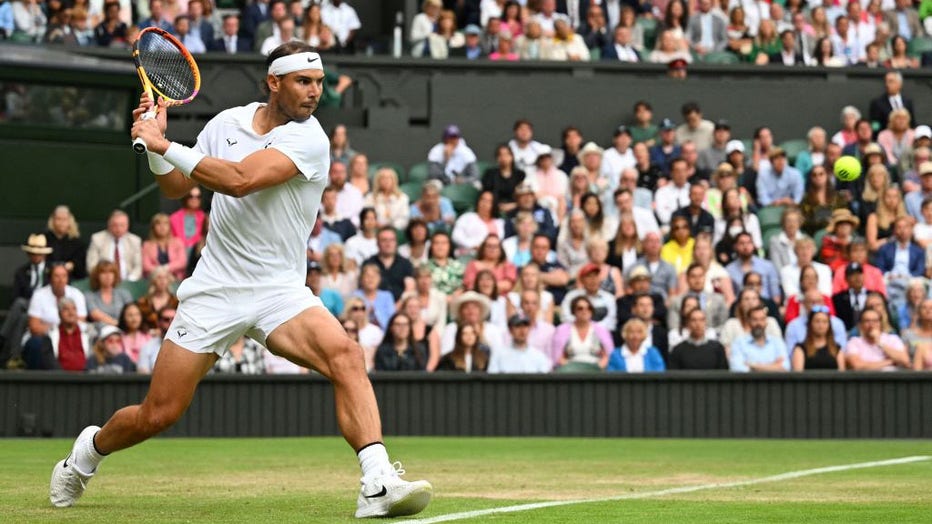 Spain's Rafael Nadal returns the ball to Italy's Lorenzo Sonego during their men's singles tennis match on the sixth day of the 2022 Wimbledon Championships. (SEBASTIEN BOZON/AFP via Getty Images) 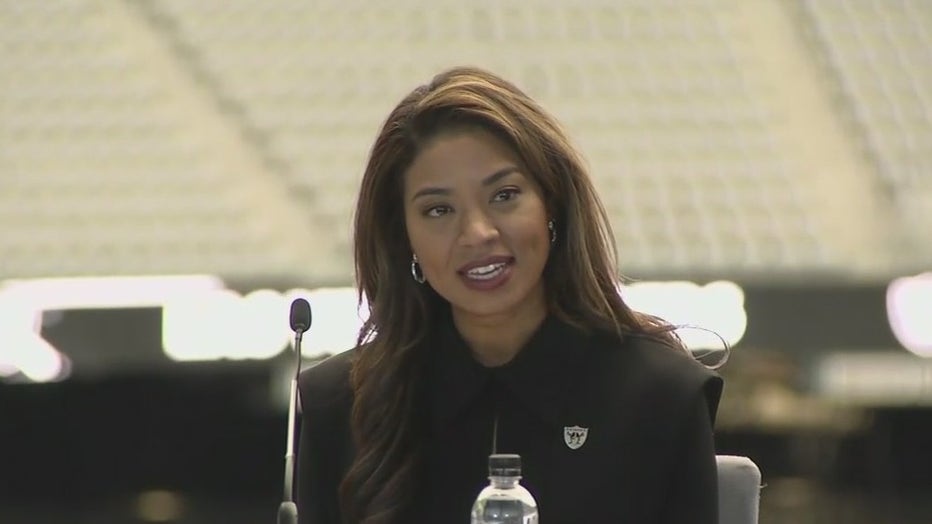 Sandra Douglass Morgan is the Raider's first Black woman to be the president of an NFL team. July 7, 2022 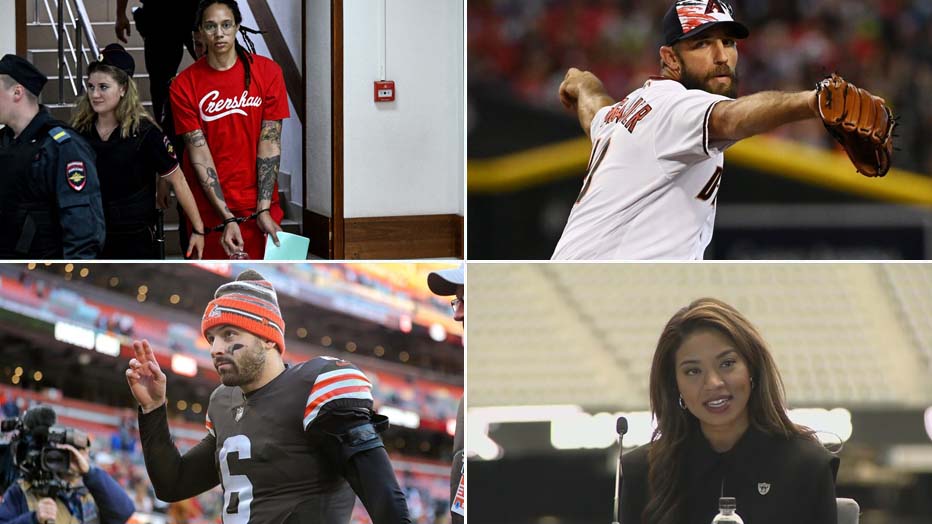