PHOENIX - The Justice Department will send monitors to 24 states in an effort to ensure compliance with federal voting rights laws in Tuesday’s elections.

The action, which occurs regularly on Election Day, comes as civil rights groups and the federal government have raised alarm over potential voter intimidation at some polling places and ballot boxes.

The 64 jurisdictions where federal monitors — typically lawyers with the department’s civil rights division and U.S. attorney’s offices across the United States — are going include Maricopa County, Arizona, where there have been reports of people watching ballot boxes, sometimes armed or wearing ballistic vests. The Justice Department also announced it would be sending monitors to Cole County, Missouri, where local elections officials have said they would block the monitors.

"Since the passage of the Voting Rights Act of 1965, the Civil Rights Division has regularly monitored elections in the field in jurisdictions around the country to protect the rights of voters."

Who are the election monitors?

The monitors are lawyers who work for the U.S. government. They are not law enforcement officers or federal agents. They generally include lawyers from the Justice Department’s civil rights division and U.S. attorney’s offices across the nation. The government also sometimes brings in employees from other agencies, such as the Office of Personnel Management, who are authorized to act as monitors under a federal court order.

According to the DOJ, the monitors will include personnel from the Civil Rights Division and U.S. Attorneys' offices. "In addition, the division also deploys monitors from the Office of Personnel Management, where authorized by federal court order. Division personnel will also maintain contact with state and local election officials."

The attorneys will be in regular touch with election officials in the locations and will watch for signs of disruption to voters’ ability to cast ballots. There is also a call-in line should voters feel they are suffering discrimination at a polling place.

The monitors are being sent to "protect the rights of voters," as they have for decades, the Justice Department said Monday.

With Election Day just days away, a federal judge has issued a ruling that limits how ballot drop boxes can be monitored by various groups. The ruling came amid alleged acts of voter intimidation that have been reported to authorities in Arizona.

Why are they being sent to watch election sites?

The Justice Department has sent attorneys to monitor election sites and compliance with federal voting laws for more than five decades. The department’s civil rights lawyers are responsible for enforcing civil action tied to the voting statutes and protecting the right to vote.

The laws they enforce include the Voting Rights Act, along with the National Voter Registration Act and other statutes. Prosecutors in the same division also enforce criminal statutes that prohibit voter intimidation and efforts to suppress voting based on someone’s race, national origin or religion.

The sheriff in Phoenix said he’s stepped up security around ballot drop boxes after a series of incidents involving people keeping watch on the boxes and taking video of voters after they were apparently inspired by lies about the 2020 election.

What has been happening in Maricopa County?

The Justice Department has warned about the potential for violations of the Voting Rights Act after people, sometimes armed or wearing ballistic vests, were monitoring ballot boxes in Maricopa County. There was a lawsuit over the activity and the department filed a statement of interest in the case. Federal officials have said that while lawful poll watching can support transparency, "ballot security forces" present a significant risk of voter intimidation

What does the Civil Rights Division's Voting Section enforce?

"The Civil Rights Division’s Voting Section enforces the civil provisions of federal statutes that protect the right to vote, including the Voting Rights Act, the Uniformed and Overseas Citizens Absentee Voting Act, the National Voter Registration Act, the Help America Vote Act and the Civil Rights Acts. The division’s Disability Rights Section enforces the Americans with Disabilities Act (ADA) to ensure that persons with disabilities have a full and equal opportunity to vote. The division’s Criminal Section enforces federal criminal statutes that prohibit voter intimidation and voter suppression based on race, color, national origin or religion."

What do I do if I have a complaint?

The Justice Department says complaints leading to disruption at a polling place should be immediately reported to local election officials.

"Complaints related to violence, threats of violence or intimidation at a polling place should be reported immediately to local police authorities by calling 911. These complaints should also be reported to the department after local authorities have been contacted."

Where are the other monitors being sent? 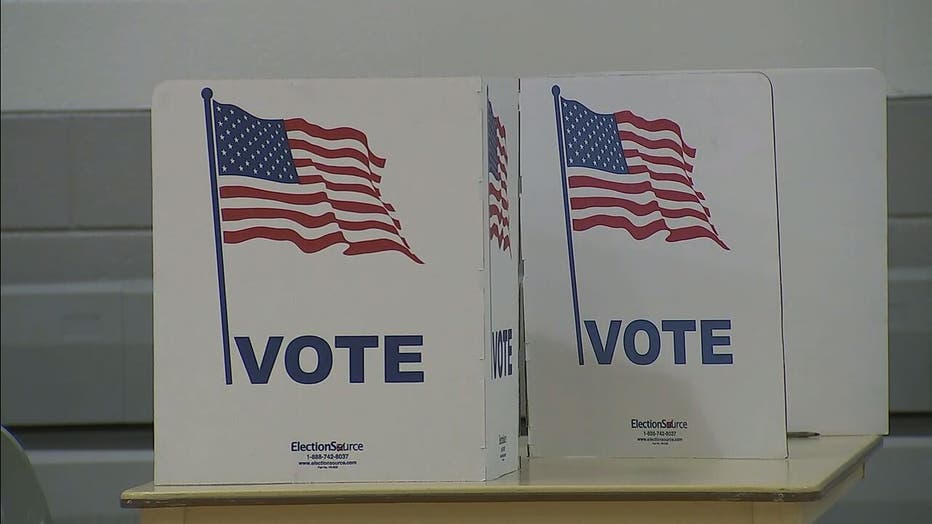