PHOENIX - Officials with the Arizona Department of Public Safety say they have arrested two men in connection with a chop shop operation in Phoenix.

In a statement posted to the department's Facebook page on March 29, officials said the arrests came after detectives with DPS' Vehicle Theft Task Force executed a search warrant in an industrial area northeast of 35th Avenue and Buckeye Road. As detectives served the search warrant, they found five stolen vehicles as well as a utility trailer. 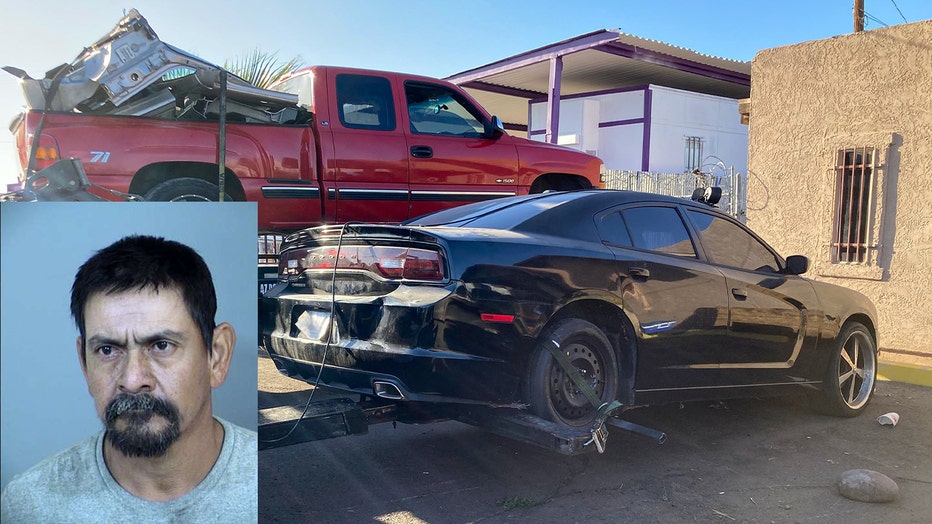 A photo showing some of the recovered cars from the chop shop operation that was busted by DPS officials. One of the suspects, Martin Valencia, is featured in a photo on the bottom left. (Courtesy: DPS)