In all, there were 10 ballot measures in the 2022 election, and FOX 10's Stephanie Bennett has more on how people voted on the three measures that have generated significant discussions.

PHOENIX - Voters in Arizona voted on various ballot propositions that deal with a number of issues, including debt collection, in-state tuition, and campaign spending.

This measure, according to an analysis by the Legislative Council, would amend the state's constitution to give the State Legislature the power to, by a majority vote, amend or supersede a ballot measure if any part of the measure is found by the state Supreme Court or the U.S. Supreme Court to contain illegal or unconstitutional language.

Currently, laws passed by voters cannot be repealed, due to a voter-approved ballot measure in 1998. However, the state legislature can, with the approval of at least three-fourths of the members of each house, amend or supersede a voter-approved law, including diverting or repurposing funding created by the law, if "legislative action furthers the purpose of the law."

This measure, according to an analysis by the Legislative Council, restores a property tax exemption for disabled veterans that was ruled unconstitutional and exempts some business personal property and stocks of raw materials from property tax.

Proposition 131 creates a lieutenant governor who would run on a slate with each party’s candidate for governor. They would be next in line if the governor leaves office for any reason and would oversee the department of administration, which handles state contracts, hiring and firing.

According to the Legislative Council's analysis, this measure will, if approved by voters, set a threshold for initiative measures, referendum measures or proposed constitutional amendments to approve a tax.

The threshold, according to the analysis, means that such measures will only become law if it is approved by 60% of the votes cast. Current rules only require such measures to be approved by a majority of voters.

Supporters say the measure will protect voters from more taxes, and that the measure is similar to requirements that were placed on state legislators. Opponents argue the measure diminishes the power of voters.

The measure, which aims to restructure how medical debt is collected, is projected to pass by a huge majority vote. FOX 10's Stephanie Bennett reports.

This measure, according to the Legislative Council’s analysis, deals with debt collection, including tax liens.

The measure proposes increases to various exemptions on debt collection, lowering income garnishment for debt repayment, and lowering the maximum interest rate on medical debt from the current level of 10%. The measure also limits the proportion of wages that can be taken from creditors to 10%, down from 25%.

Supporters tout the measure as a way to protect Arizonans with medical debt from bankruptcy and poverty.

"We don’t say that we don’t owe the debt, but give us an opportunity to be able to pay it back," said Pam Sylvis, a member of Healthcare Rising Arizona.

One supporter, 33-year-old Liz Gorski from Prescott, said she is still paying off medical debt that she accrued following a horrific car accident that happened when she was 15.

Gorski racked up over $1 million of medical debt as a result of the car accident.

Opponents say the measure will hurt Arizonans in a number of ways, including higher interest rates and less access to credit for Arizona consumers and businesses alike, while supporters say this measure can protect Arizonans from crippling debt.

This measure, according to the Legislative Council’s analysis, deals with funding used for a political campaign’s media spending.

The measure proposes various disclosure rules for where money that is used for media spending came from. The rules are complex, but we have covered them in our article on the various ballot measures.

"The idea was to permit Arizona voters to know who is spending money, influences their elections" said Highground Inc. President and CEO Chuck Coughlin.

Supporters say the measure will allow for greater transparency regarding who is behind political ads, and could even help promote civility in politics. Opponents say the disclosure rules are complicated and could result in some citizens dropping out of campaign involvement.

"The opposition that didn’t like this was, ‘well, you could be politically intimidated from not giving money,’" said Coughlin.

Supporters, opponents of Proposition 308 speak out

The measure, if approved, would allow those who attended and graduated high school in Arizona to be eligible for in-state tuition at any state university or community colleges. FOX 10's Lindsey Ragas reports.

Supporters say the measure will allow students known as "dreamers," or those who grew up in the U.S. and did not know they were undocumented immigrants until they were teenagers, better access to higher education.

"What it means is that we have an opportunity to pay the same rate as our peers, as long as we have been here for a minimum of two years, and have graduated from an Arizona high school," said Aliento Founder and CEO Reyna Montoya. "We get to go through the application process, and having state tuition as an option. We still have to pay, we still have to figure it out how to come up with tuition, but it feels within our reach."

"[The measure] would just give me the fair shot to keep studying, to pushing forward with my career," said 17-year-old Hazel Villatoro.

"I want to do my bachelors at [Grand Canyon University] and eventually want to go to Creighton to get my medical degree."

Tyler Montague, the Chairman of the Yes on 308 campaign, said he has heard backlash from the beginning, but said that has not stopped him from campaigning.

"This doesn't cause any impact to the State General Fund," said Montague. "There's no taxes associated with this. This doesn't make anyone else's tuition go up. It doesn't displace anyone."

Opponents say the measure is unfair to some people, and raised concerns over tax increases.

Tim Rafferty, a member of RidersUSA, said he opposes the measure.

"Citizens of the U.S. are paying a higher tuition than those who shouldn’t be in our country in the first place. Doesn’t seem fair," said Rafferty.

Officials with RidersUSA have said that if the measure pass, legal action may be the next step.

"We believe it’s a poorly written piece of legislation. We believe it’s not just about children and Dreamers. It includes anyone who crosses our border illegally, and we believe in the rule of law," said Rafferty.

If approved, the measure would require people who mail in ballots to provide additional identification on top of their signature on the ballot envelope. The measure also changes how in-person voters are allowed to prove their identity by eliminating the ability to show a non-picture ID along with a utility bill, for instance.

In all cases, voters already must prove their identity and citizenship when registering to vote.

Proposition 310 boosts the sales tax by 1/10 of a cent statewide to fund rural fire districts. Backers say local property taxes in areas outside of bigger cities that can fund their own fire services fall short of what’s needed for a modern department.

"Not surprising," said Coughlin. "It’s always difficult to get voters to open up the pocketbook and say ‘I am willing to invest in that.’ Usually, it’s a very aggressive campaign. Really well-funded, very well-messaged campaign, and I don’t think we saw that those kinds of resources get spent into this campaign."

Read More: 2022 Election Day in Arizona: Live updates, results as they come in 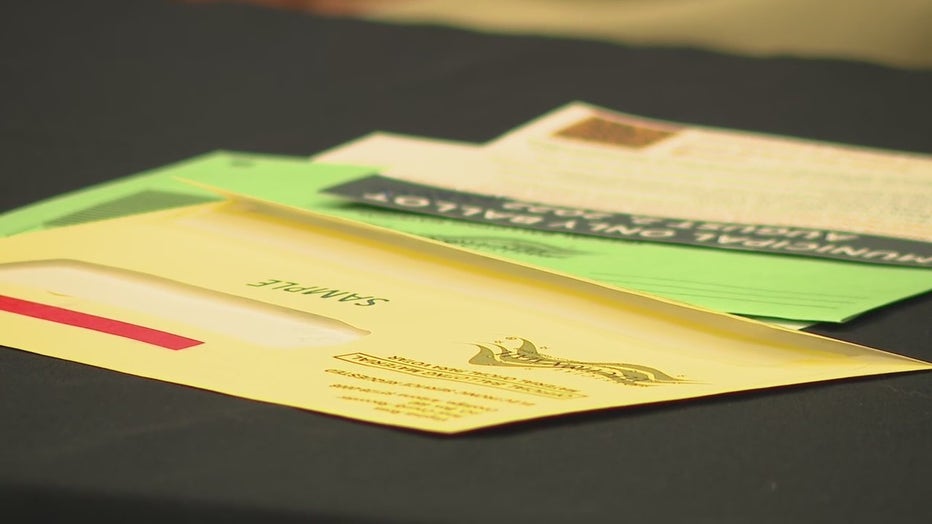