MCAO: No charges to be filed for Chandler officer who shot teen in 2021

The teen, identified as 17-year-old Anthony Cano, was shot by a Chandler Police officer on Jan. 2, 2021. The teen later died as a result. FOX 10's Bailey Miller reports.

CHANDLER, Ariz. - One year later, the Maricopa County Attorney's Office has made a charging decision in the death of Anthony Cano, a 17-year-old who was shot by a Chandler police officer after an attempted bike stop.

According to the attorney for Anthony Cano's family, the county would not be filing any charges against the officer involved in the shooting.

The encounter began Jan. 2, 2021 around 9:20 p.m. when Officer Chase Bebak-Miller noticed Cano riding a bicycle without a front headlight near Gazelle Meadows Park, police said. Bebak-Miller activated his lights and sirens after Cano began weaving into both lanes of traffic.

Video released by the Chandler Police Department shows Cano later abandoning the bicycle and running toward the park. Bebak-Miller chases after Cano on foot and shouts at him to stop seconds before seeing Cano drop a gun and reach to pick it up. 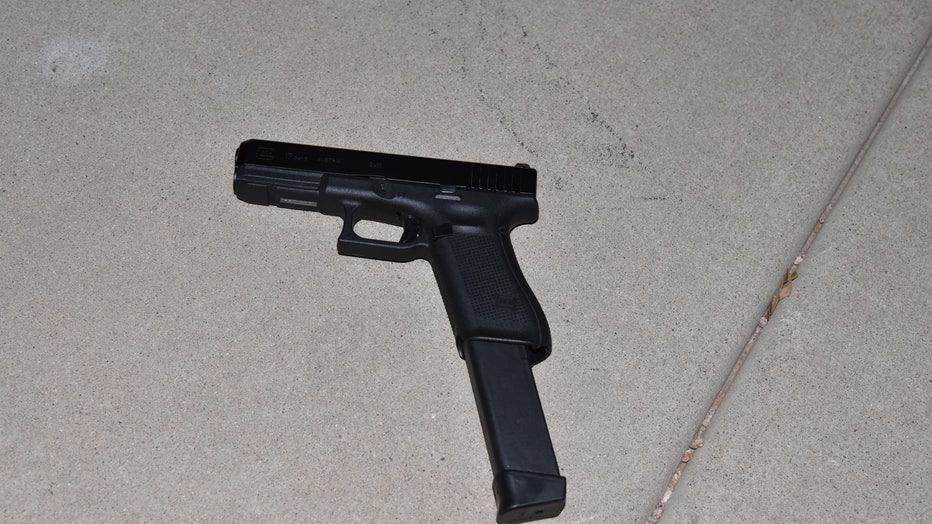 Bebak-Miller shouts, "Weapon drawn! Get on the ground!" less than a second before shooting Cano once at close range, causing Cano to collapse, and again while lying face down.

As other officers arrive at the scene, Cano then pleads for officers to "hurry."

Cano can be heard saying, "I don’t want to die," as officers cuff his hands. Authorities then administer first aid to one of the bullet wounds as Cano explains he was trying to throw the gun away, and at one point said he couldn’t feel his legs. Bebak-Miller turns off his body camera shortly after.

Cano died from his injuries on Jan. 23, three weeks later.

"In reviewing Officer [Bebak-Miller's] statements, he stated he did not realize the gun had been tossed outside before firing the second shot," said County Attorney Rachel Mitchell.

Cano's family say the second shot was not necessary, but county officials say the officer's actions explain the reason he fired again.

"We know how quickly things can happen with a firearm when the gun is tossed," said Mitchell. "The officer says he does not see the gun is tossed. It is 9:22 in the evening. He is focused the officers, focused on the individual. Based on his behavior afterwards, the evidence shows he was under the belief that he was in danger of being fired upon, based on the way he moved."

The city of Chandler has settled lawsuits for more than $1 million with Cano's parents.

Under the agreement, the city is not admitting any fault but officials said in a statement they do hope it "brings closure" to Cano’s family.

Greg Kuykendall, the attorney for mother Kathleen Renee Clum, said the family remains distraught." Anthony Cano should be alive today," Kuykendall said in a statement.  "He and his beloved family should be laughing at Anthony’s antics, loving one another, and planning for their joint futures."

Cano's family say they are now grieving his loss all over again, because they say justice has not been served.