In a letter to Ducey, the Treasury Department said the grant programs are "not a permissible use" of the federal funding.

PHOENIX - The Biden administration on Oct. 5 ordered Arizona Gov. Doug Ducey to stop using the state’s federal pandemic funding on a pair of new education grants that can only be directed to schools without mask mandates.

In a letter to Ducey, the Treasury Department said the grant programs are "not a permissible use" of the federal funding. It’s the latest attempt by the Biden administration to push back against Republican governors who have opposed mask mandates and otherwise sought to use federal pandemic funding to advance their own agendas.

Ducey, a Republican, created the grant programs in August to put pressure on school districts that have defied the state’s ban on mask mandates.

He launched a $163 million grant program using federal funding he controls, but he made it available only to schools without mask mandates. He also established a $10 million program that offers vouchers to families at public schools that require masks or that tell students to isolate or quarantine due to COVID-19 exposure.

In the letter, Deputy Treasury Secretary Wally Adeyemo said the conditions "undermine evidence-based efforts to stop the spread of COVID-19." He asked the state to explain how it will "remediate" the problem within 30 days.

Arizona is one of at least eight states that have laws or executive orders banning mask requirements in public schools.

"We are reviewing the letter and will respond," a spokesman with Gov. Ducey's office said in a statement to FOX 10. "While the Biden administration continues to focus on mandates, here in Arizona we trust families to make decisions around what's best for their children. Following the challenges during the 2020 school year, everyone's primary focus should be equipping families with the resources to get their kids caught up. That's exactly what this program does -- giving families in need the opportunity to access educational resources like tutoring, child care, transportation and more. It's baffling anyone would disagree with this approach."

The Education Department in August opened civil rights investigations into five Republican-led states that forbid mask mandates in schools, saying such actions may violate the rights of students with disabilities. The agency later added Florida to the list of states under investigation. It said it was watching several other states in case it needed to take action, including in Arizona.

The Education Department separately promised to repay school districts who have state funding withheld for defying bans on mask requirements. Last month, the agency sent nearly $150,000 to the School Board of Alachua County in Florida after the state withheld pay for school board members because the district requires masks.

Education advocates have filed a lawsuit over Arizona’s ban and several other state laws that restrict the power of local governments and school districts to impose COVID-19 requirements.

Those policies conflict with guidance from the Centers for Disease Control and Prevention, which recommends universal mask wearing for students and teachers in the classroom. The CDC issued the guidance in light of the rapid spread of the highly contagious delta variant of COVID-19.

Arizona Rep. Greg Stanton of the 9th congressional district wrote a letter to the US Department of Treasury hours after Ducey's grant program launched.

The lawmaker says, "Instead he’s using that same set of resources for a political agenda to appease people on the far right of the political spectrum."

He says resources should be made available for all schools and with kids under 12 not being vaccine eligible, Ducey was putting more children in danger.

"He’s in charge of the pandemic response here in Arizona and it has gone horribly for the people of Arizona during that time," Stanton said. 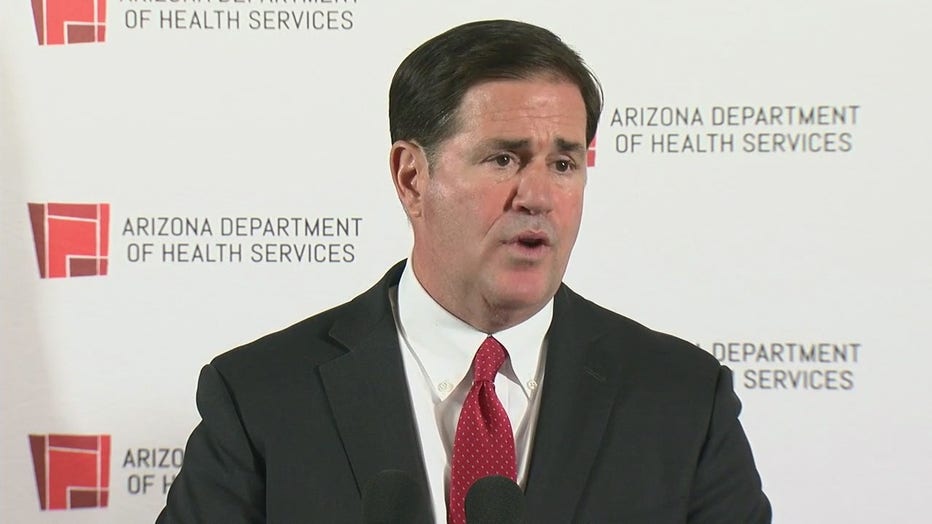