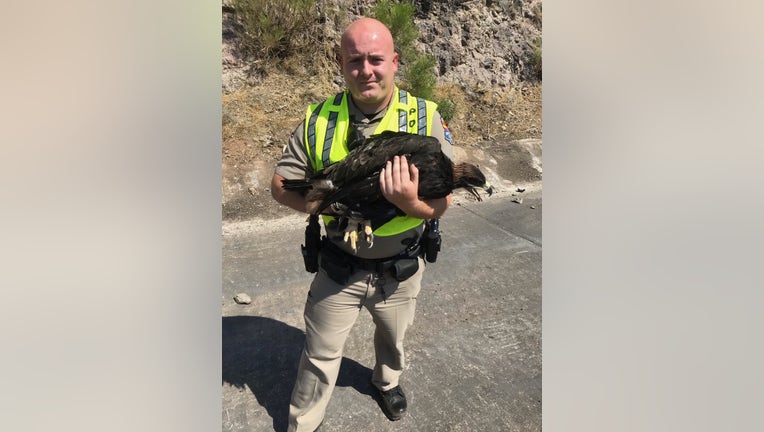 CAMP VERDE, Ariz. - The Arizona Dept. of Public Safety is praising one of their troopers after he rescued an injured eagle stranded in the middle of Interstate 17.

Trooper Sgariglia was patrolling I-17 near Camp Verde when he saw what looked like debris in the road near milepost 282, officials said.

"After pulling up to take a closer look, Trooper Sgariglia realized it was actually an eagle, apparently too badly injured to fly," DPS said in a Facebook post.

Sgariglia was able to coax the bird off of the highway and reached out to the Arizona Game and Fish Department (AZGFD), who later identified it as a golden eagle.

The trooper and officials with AZGFD were able to wrangle the hurt bird for treatment.