MOSCOW - Brittney Griner’s arrest in Russia has sparked panic across the sports world in the U.S.

Griner was detained in February at a Moscow airport for allegedly carrying vape cartridges that Russian officials claimed had oils derived from cannabis in them. The arrest wasn’t reported until last weekend, and her first booking photo wasn’t shown until later. She faces 10 years in prison if convicted.

Griner, who plays in the WNBA for the Phoenix Mercury, is like many of her fellow competitors who play overseas when the WNBA is in its offseason. She’s played for UMMC Ekaterinburg for about seven years alongside other American women's basketball stars.

Playing overseas in a foreign country brings its own sort of danger, and adding a State Department warning about Americans traveling to Ukraine and the backdrop of a war in Eastern Europe on top of everything makes for a chaotic and perilous situation.

"It’s always a danger to be playing in a foreign country, and then when you mix in an allegation like drugs going through an airport, that’s going to be very messy," Dan Lust, a New York City-based sports attorney for Geragos & Geragos, told Fox News Digital. "And then when you add on top of it what’s going on between Russia and Ukraine, that’s a whole other element. It’s kind of a perfect storm here."

Griner is paid better with UMMC Ekaterinburg and has had a ton of success with the team. She earns more than $1 million playing overseas – quadruple what she and some other top WNBA stars make as a base salary.

Lust said no one should fault Griner for trying to make a living.

"You need to be able to earn a living, and if 80% of your salary right now or more is coming from overseas, you kind of have to do it," he said. "WNBA players have historically not really ever had an offseason. They’ll play in the WNBA, and they’ll get success in, and then based on how well they perform in the WNBA is what avails them to these giant contracts in different countries."

"So, you kind of have to play in both. You have to have the American success, because the WNBA is known as a very premier league. Then, you kind of have to make your money overseas. UMMC has had some of the best players in the world pass through there: Breanna Stewart, Sue Bird, Dianna Taurasi. So, this is by no means new to this particular team." 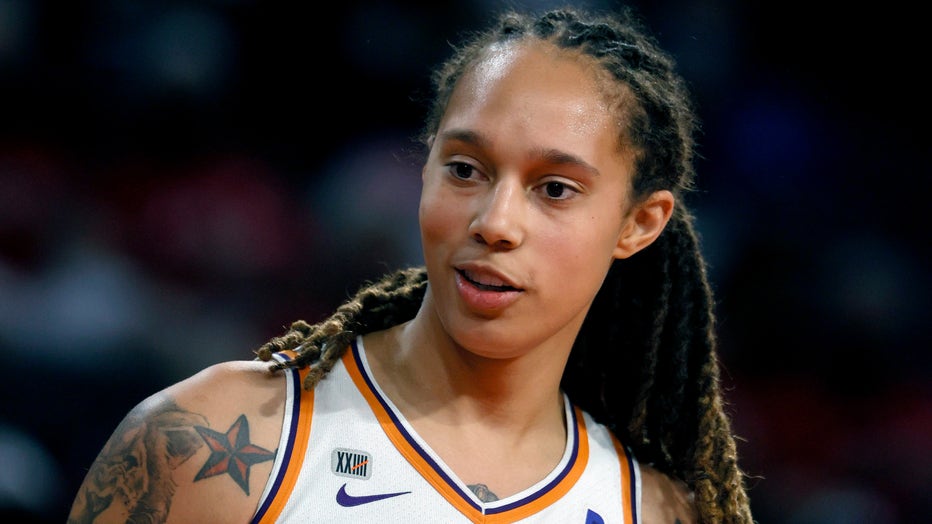 LAS VEGAS, NEVADA - SEPTEMBER 30: Brittney Griner #42 of the Phoenix Mercury stands on the court as the Las Vegas Aces shoot free throws during Game Two of the 2021 WNBA Playoffs semifinals at Michelob ULTRA Arena on September 30, 2021 in Las Vegas,

Russia’s invasion of Ukraine is making things even murkier.

Lust suggested that a third party with business ties in Russia and the U.S. may be able to help in some way, but he made clear that now is "the worst time for something like this to happen."

The possibility of Griner being used as a political pawn is real.

"I think there’s certainly a potential for it. When someone is looking at that type of potential jail sentence in America for an American, they can take a plea deal, and then maybe they can get some type of lesser sentence and still be able to play in their sport. That’s off the table here," Lust told Fox News Digital. "Brittney Griner, even if she wanted to, couldn’t really fight the charges in a way she could do in America."

Griner is one of the biggest basketball stars in either the men’s or women’s game. She’s a seven-time WNBA All-Star and one-time WNBA champion who is set to play her tenth season for the Phoenix Mercury this summer.

She last played for her Russian team, UMMC Ekaterinburg, on Jan. 29 before the league took a two-week break in early February for the FIBA World Cup qualifying tournaments.