WASHINGTON - U.S. Secretary of State Antony Blinken reiterated Wednesday that returning Brittney Griner home from a Russian prison was among his top priorities.

Griner has been held in Russia since February. The WNBA star was arrested for allegedly bringing vape cartridges containing oils derived from cannabis oil through a Moscow airport. Her detention has been extended three times, with the latest being July 2.

Blinken addressed Griner’s detention in a meeting with LGBTQ reporters at the State Department, according to the Huffington Post. Griner is a part of that community.

"It’s something that I’m personally focused on. There’s a limit to what I can say publicly. But we are very focused on this. We are determined to bring her home," Blinken said.

He was asked why it took months for the State Department to classify her as being "wrongfully detained" and said he was following the formal process to classify her with that status.

"We have to follow the letter of the law," he said. "This is a situation that we have in a multiplicity of countries. The first thing is to make a determination about whether any individual is being unjustly detained... And that’s what we did in the case of Brittney Griner." 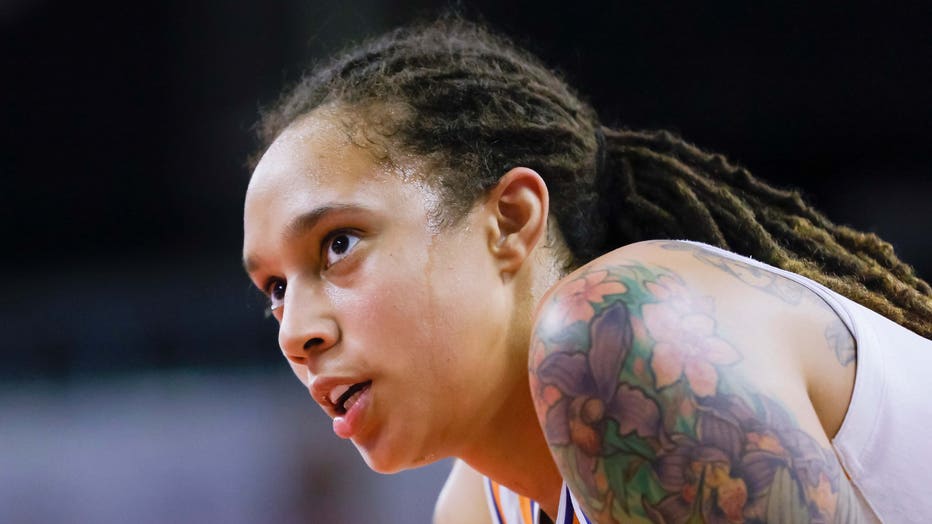 INDIANAPOLIS, IN - SEPTEMBER 04: Brittney Griner #42 of the Phoenix Mercury is seen during the game against the Indiana Fever at Indiana Farmers Coliseum on September 4, 2021 in Indianapolis, Indiana.

Lindsay Kagawa Colas wrote on Twitter that the decision was just further proof the player was "being used as a political pawn." She called on President Joe Biden and Vice President Kamala Harris to act with urgency in bringing the basketball player home from Moscow.

"Today's extension is just further reinforcement that Brittney Griner - an Olympian and an American citizen - is being used as a political pawn," Kagawa-Colas tweeted. "Her detention is inhumane and unacceptable. She has not had a single phone call in her 117 days of wrongful detention, and we call on @POTUS and @VP to act with urgency and do whatever it takes to bring Brittney home immediately."

Griner could face up to 10 years in prison if convicted.