Saul Ballardo, of El Mirage, faces dozens of charges for at least five different incidents where he allegedly shot at law enforcement.

EL MIRAGE, Ariz. - A man who reportedly terrorized law enforcement in the El Mirage area for months is now behind bars.

Saul Ballardo, of El Mirage, faces dozens of charges for at least five different incidents where he allegedly shot at police officers and deputies, although none were hurt during any of the shootings.

"Numerous officers were in fear due to the possibility of being seriously physically injured or killed by Ballardo," court documents read. "Ballardo's conduct has seriously affected police operations."

The investigation began on Aug. 12 of last year, when a Maricopa County deputy was shot at three times while trying to make contact with a pedestrian on some railroad tracks west of the Agua Fria River Bridge.

Body camera video revealed a gray Honda Accord belonging to Ballardo had driven past the deputy during the first gunshot. That same car was the same vehicle that would be witnessed in the next few shooting incidents, court documents say.

On Oct. 25, officials said Ballardo fired a shot at an Arizona Dept. of Transportation enforcement captain working security for some businesses in the Youngtown area. The ADOT captain was reportedly in full uniform and was speaking to a woman at a QuikTrip gas station when the shooting occurred.

"After Ballardo had a brief conversation with the victim, the ADOT captain heard a single gunshot which struck an unknown object near her," court documents read.

An investigation revealed that the bullet belonged to a stolen weapon that was in Ballardo's possession.

On Oct. 27, an Arizona Dept. of Public Safety trooper was shot at while in his vehicle, and the bullet hit the driver's side door. The projectile also belonged to the same weapon from the QuikTrip shooting, officials said.

"The officers heard bullets fly over their heads and in close proximity," documents stated.

Police came closer to an arrest after it was revealed that a drone had been seen in the area of the shooting. Officers had reported seeing a drone watching them on other occasions.

Three days later, on Dec. 30, El Mirage officers were shot at four times while responding to an alarm call. A drone was seen flying around in the area and nearly crashed into an Arizona DPS helicopter.

Law enforcement tracked the drone back to Ballardo's home and found a stolen weapon, spent shell casings and a second drone in his possession. GPS data from his cell phone placed him in the immediate area of at least three of the crimes.

Court documents stated that the string of shootings caused officers to stop doing holiday DUI details and conducting traffic stops due to the fear of being shot. 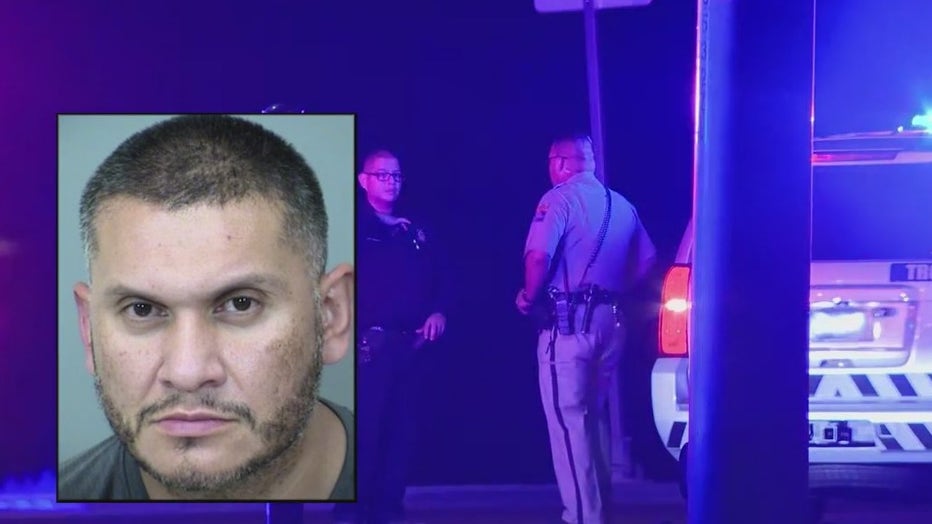