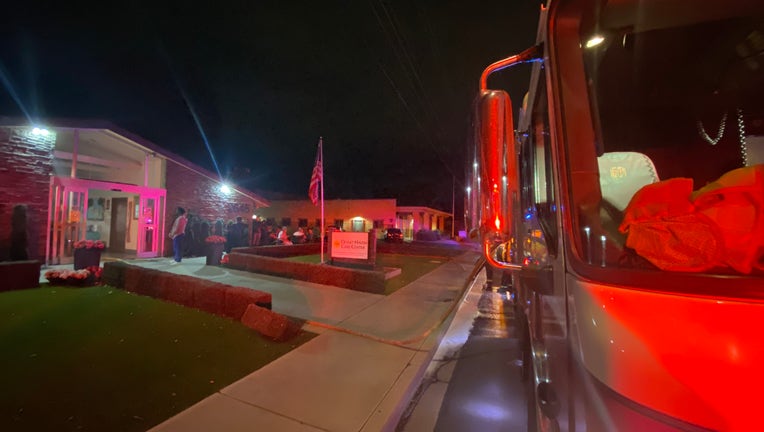 Phoenix fire crews responded after a fire broke out inside of a nursing home near 27th Street and Thomas.

PHOENIX - Residents of a nursing home near 27th Street and Thomas had to be evacuated after a fire broke out in the building early Sunday morning.

Crews came to the area after someone had reported a fire coming from a patient's room at Desert Haven Care Center. When they arrived, officials say they saw smoke coming from the inside of the building.

The fire was upgraded to a first-alarm because of the possibility of having to evacuate a large amount of people from the care facility.

Firefighters discovered that a fire had broken out in the bathroom of a patient's room.

Five patients had to be moved to a different area of the facility.

Fire investigators are determining the cause.