The fire broke up on the morning of July 6, in the area of 43rd Avenue and Broadway Road, and sent smoke billowing into the morning sky. FOX 10's Danielle Miller reports.

PHOENIX - Phoenix firefighters worked to extinguish a large fire at a scrapyard near 43rd Avenue and Broadway early Wednesday morning.

Yard owners in the area watched it all unfold.

"Heard the explosion," said one of the owners, who did not want to be identified. "I heard five explosions. It was crazy."

Fire officials said because of the area, it was difficult to gain access at first, but once crews did, they hard the fire knocked down quickly.

No injuries were reported, and the cause is being investigated. 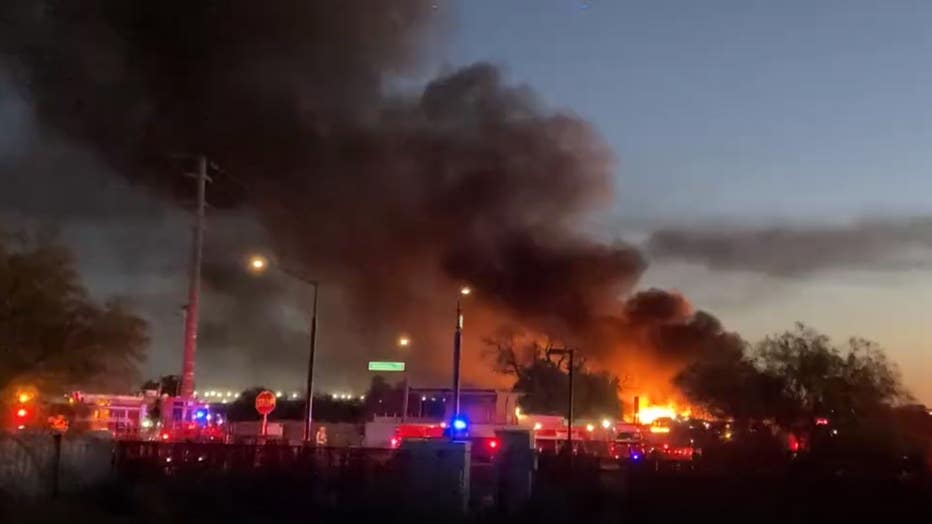