Four people were hurt on July 10 after a small plane crashed at the end of a runway at Chandler Municipal Airport.

CHANDLER, Ariz. - Four people were injured after a small plane went down at the end of a runway near Chandler Municipal Airport on Saturday morning.

Chandler Fire crews said the plane caught on fire and was extinguished.

Queen Creek Road and Airport Boulevard will be closed while the investigation continues. 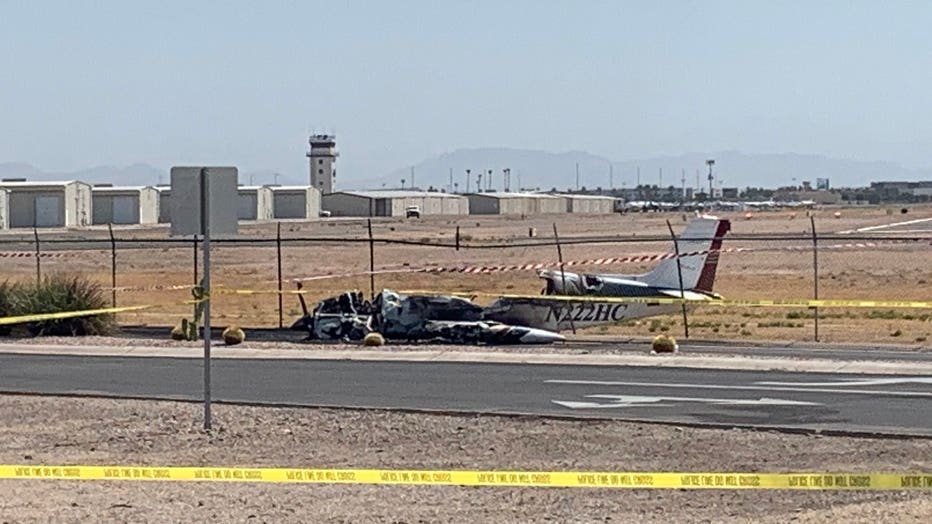 A photo of the plane crash at Chandler Municipal Airport.