TikTok cooking: Gilbert man gets millions of views for cooking in his car

We all know how hot it can get in Arizona. It can get so hot, in fat, that some people like to experiment with cooking food in that kind of heat. Now, a Gilbert man who is posting his culinary creations on TikTok - all cooked in his car - is getting tons of attention. FOX 10's Stephanie Olmo reports.

GILBERT, Ariz. - Joe Brown has tried everything you can think of. He's cooking up something new every day, not in the kitchen, but in his car in the middle of a hot Arizona day.

Brown started experimenting with food in 2020, and he began posting on TikTok.

"When I was younger, they used to say you can cook an egg on the sidewalk, it was so hot in Arizona, so I switch it to be unique and for those in the East Coast who experience colder climates," Brown explained. "On the roof is what really clicked, but then I realized it gets so hot in my car. I bought a temperature gun and it soars to over 200 degrees in my car."

The 20 year old has over two million followers on TikTok. Brown says since he started the "car series" in April, he's gained over 500,000 followers. He says consistency is key.

"I was posting a bunch and the numbers were showing for that," he said. "At that point, it was motivation to keep posting."

After everything he cooks, he reviews it and gives it a rating. 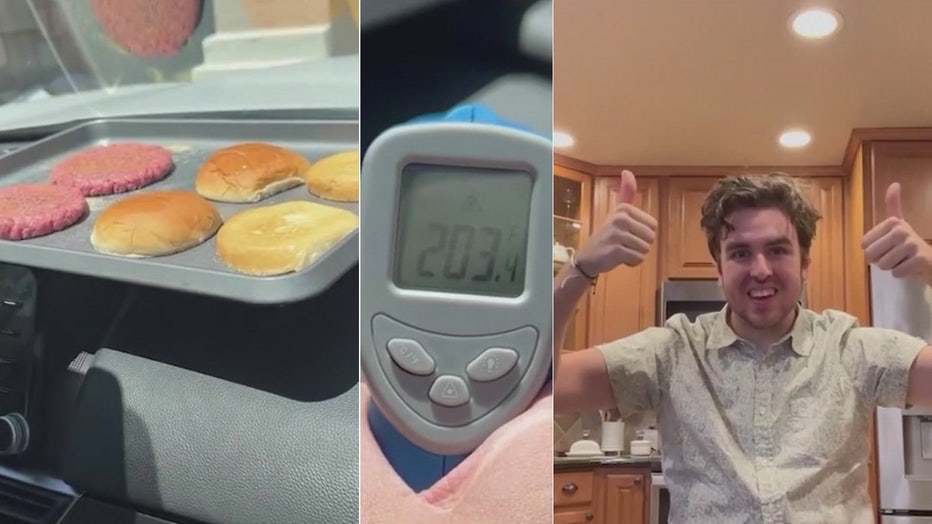 Gilbert resident Joe Brown has racked up millions of followers on TikTok for cooking in his car in the Arizona heat. (@thejoebrown/TikTok)

"This is what it looks like. After eating it, this is definitely a 10 out of 10, would recommend," Brown said in one video.

Although posting new content every day can be a bit stressful, Brown says what brings him satisfaction is making someone else's day.

"A lot of people say they watch my videos for fun and I put them in a happy place, so when they say that, it's kind of inspiring," he said. "It makes me happy."

Brown says his "car series" will run until September. He adds his favorite thing he's made in his car is cake. His not so favorite – pancakes.

You can watch his videos on Tiktok @thejoebrown.