GLENDALE, Ariz. - A body camera captured the moments a Glendale police officer used his taser 14 times on an alleged shoplifter on Tuesday afternoon.

It all started after the woman, who is accused of stealing items from a Walmart, was seen with brass knuckles. An officer worked to try and take her into custody, and a struggle ensued.

"I get seizures! Stop it!" the woman could be heard saying in the video.

In total, the taser was used 14 times. But investigators say they determined no policies were violated and are defending the officer's move.

Police defend use of force

Police said the officer suffered minor injuries after the woman allegedly scratched and bit him during the encounter, arguing the use of force was justified.

Authorities also explained that it was a drive taser meant for pain compliance, not incapacitation, and gave context for the number of times that it was used.

"Although it was initiated 14 times, the total amount of time it was being activated and used was 10.6 seconds, and that doesn’t necessarily mean that was the total time it was placed on the individual, it’s just the amount of times the button was pressed," Winn said.

Officers also gave a play-by-play explanation of the video.

"You hear him there, tells her, ‘Hey, you’re going to get tased, put your hands behind your back, she says no," Winn explained. "Again, you see that real quick burst...immediately she puts her hands behind her back, immediately, he takes the taser off."

Police say she had a medical episode and was taken to the hospital. She has since been discharged and booked into jail.

The video was also reviewed by a supervisor who asserted that there was no policy violation.

"He did everything we expect our officers to do," Winn said. "He provided clear commands, he was calm in his demeanor, he specifically told the subject what he needed to do, he told her she was going to be tased if she did not comply. In addition, he used appropriate force, and he called medical when he needed to."

It's a take that attorney Benjamin Taylor says he doesn't necessarily agree with after being showed the full body camera video.

He argues that there could have been more deescalation.

The woman, identified as Khadrah Wazwaz, is facing a number of charges, including two counts of shoplifting, one count of possession of drug paraphernalia, and one count of resisting arrest. 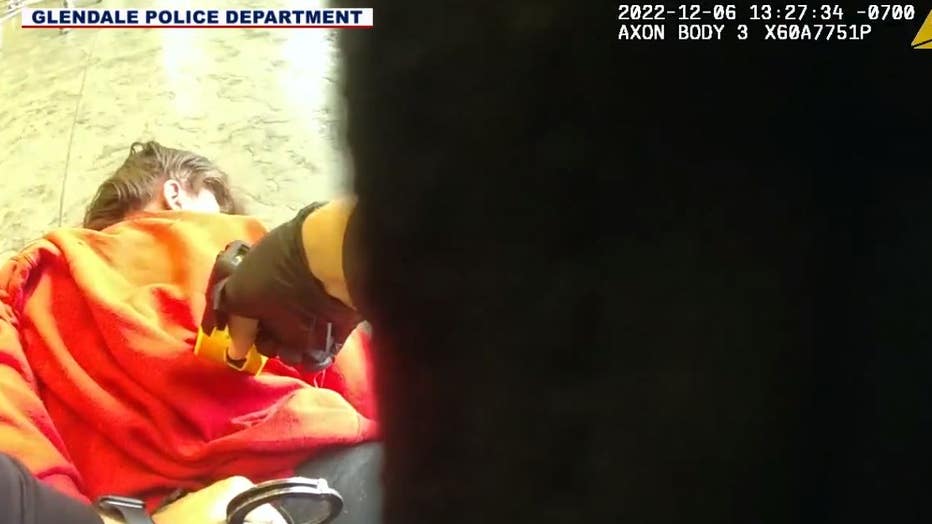