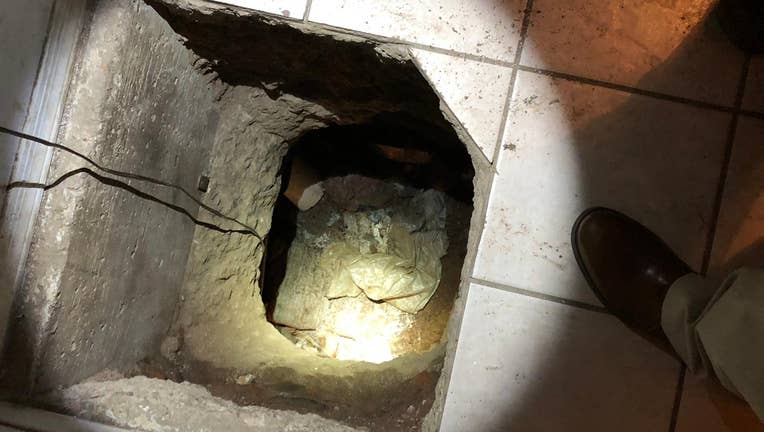 NOGALES, Ariz. - Officials with U.S. Immigration and Customs Enforcement say they have found a drug tunnel along the U.S.-Mexico border in Nogales.

According to a statement released Thursday, the tunnel was found after agents executed a search warrant late Tuesday night. In addition to the discovery, agents also seized nearly 200 pounds of meth, almost two pounds of white heroin, close to three pounds of cocaine, and over six-and-a-half pounds of fentanyl.

Investigators say two Mexican citizens, identified as Jovany Robledo-Delgado and Jesus Martinez Selgado, were arrested and accused of possession and conspiracy to distribute hard narcotics. Both appeared in a Federal court on Wednesday.

The tunnel, according to officials, runs from a home in Nogales to a wastewater pipeline called the International Outfall Intercepter (IOI), which runs from Nogales, Mexico to Rio Rico, Arizona. 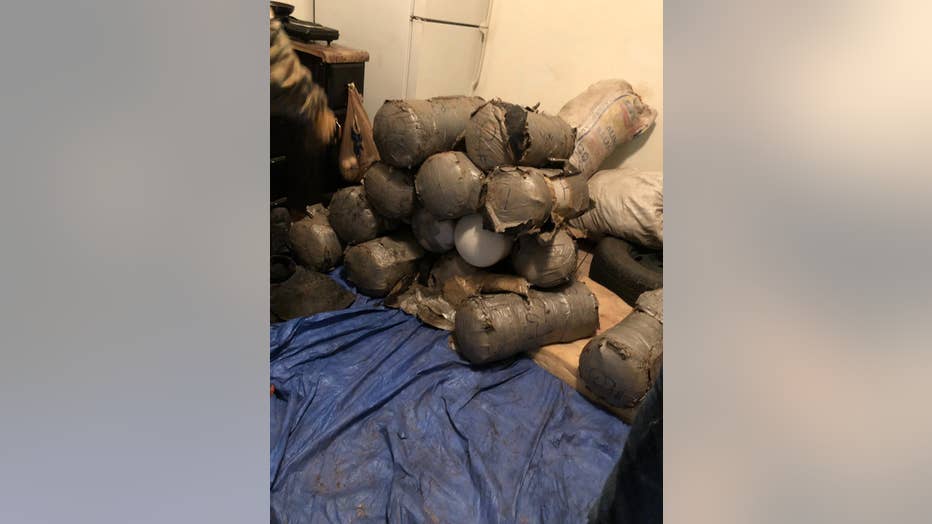 Drugs found during the discovery of the tunnel (Photo Courtesy: U.S. Immigration and Customs Enforcement)

The tunnel, which officials say was reinforced, had a sophisticated ventilation system. Agents believe the tunnel had been in existence for a few months.