Firefighters battled a hay fire burning at a Mesa dairy farm on the morning of Sept. 7.

The fire broke out at around 3:30 a.m. on Sept. 7 at a dairy farm near Elliot and Sossaman Roads.

Firefighters said 500 bales of hay were burning when they arrived at the scene. Each bale weighed about 1,000 pounds and the bales were stacked two stories high.

The cause of the fire is believed to be spontaneous combustion, the Rural Metro Fire Department said.

Shifting winds produced a lot of smoke, blowing in all directions. Officials with Phoenix-Mesa Gateway Airport said the smoke caused issued for some flights on Tuesday morning.

"The hay will be burning for several days and we will continue to monitor for any changes or threats," said Shawn Gilleland of Rural-Metro Fire. "No animals, people, or other structures were injured or damaged."

About 20 firefighters responded to the fire, and the Arizona Dairy Company moved some of the burning hay away from the feed structure to prevent the fire from spreading. 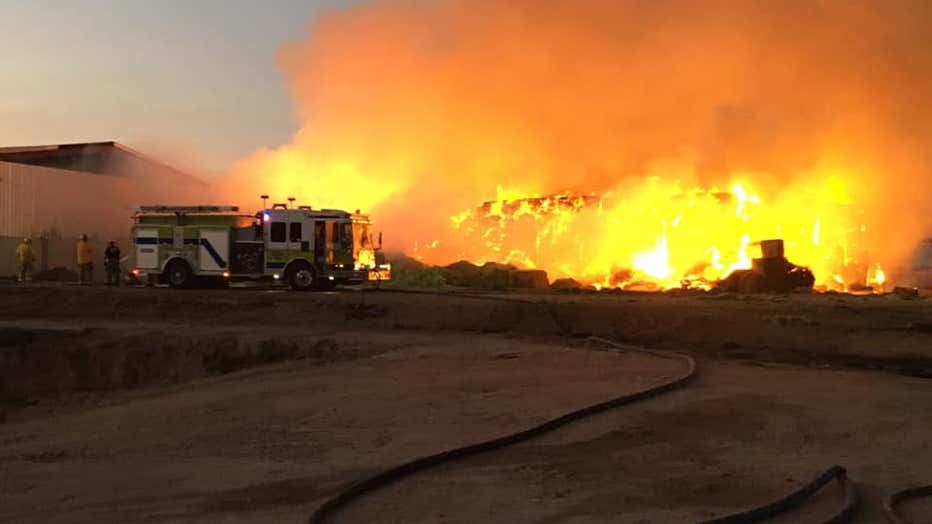