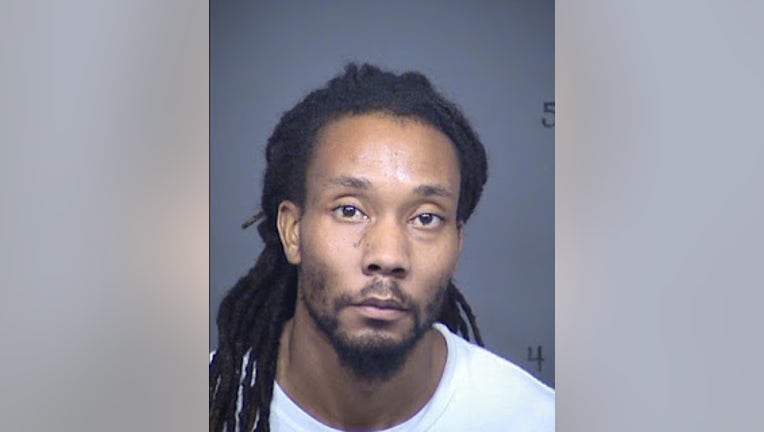 MESA, Ariz. - A suspect has been arrested after a man was shot and killed at a Mesa motel.

According to Mesa Police, officers responded to reports of shots fired on June 27 at the Frontier motel located near Main Street and Stapley Drive.

When officers arrived at the scene, they found 28-year-old Michael Gonzalez dead with gunshot wounds.

Police identified 27-year-old Stevie Jones as an investigative lead in the shooting and he was detained along with his girlfriend on Monday.

"After interviews were complete, officers learned that Jones initially fired his handgun at Michael through the glass of the hotel room before following him and firing several more rounds, killing him in the parking lot," police said in a statement.

Jones was arrested and booked into jail. He's accused of first-degree murder and misconduct involving weapons.