"We just achieved that milestone," said Luis Mota, light rail project manager. "We're working our way to get out of the ground. Most of the underground work is about 90% complete.

"With that, you'll start to see things like the track work [and] some of the system, despite all the work and coordinating with traffic - we're on the right track," Mota continued.

The extension will connect south Phoenix to the regional light rail system, which operates from downtown Phoenix to Baseline Road.

The project will also include a downtown hub, eight new stations with public art, repaved streets and new landscaping.

Construction crews have already put in a total of 1.5 million hours of work to install nearly 13 miles of new waterline and 5,000 feet of track - which may be a cause for headaches for Valley drivers, but it won't be much longer.

Although it won't be ready for the Super Bowl, everything should be done by 2024. 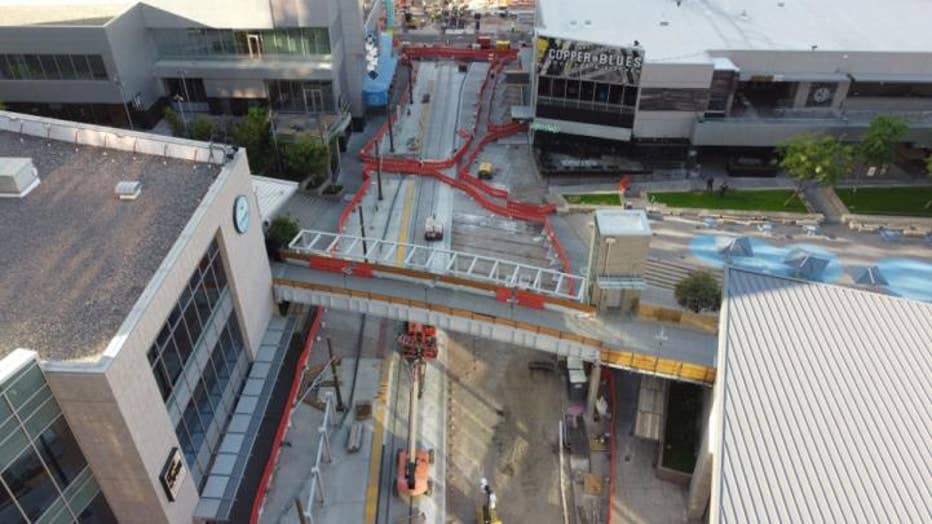