PHOENIX - The victim is on a long road to recovery. For safety reasons, we are not identifying him. He doesn't regret taking pictures alone at night. Ironically, what the suspects asked him to do helped get them arrested.

"Hey I just got shot I’m in Encanto park please help me.”

Two weeks ago, the man called 9-1-1 after being shot several times, but just moments prior, the suspects asked him to take their picture.

The photographer live-streamed on Facebook for 45 minutes before meeting the suspects, then the three young men began using racial slurs.

And they continue doing so.

Suspect: "I say what the [expletive] I want."

The confrontation gets serious and we want to warn you, the video becomes graphic.

Gunfire is then heard.

Somehow, the photographer survived. I spoke to him via Facetime as he recovers. He remembers the agonizing pain he felt that night.

“While I was on the ground I was just praying and asking God not now.. I was just saying not now, not.. not now.”

But the suspects never stole his camera. The photo evidence left behind helped identify the shooters: Ricardo Mendoza-Sanchez and Angel Oretega Romero, both 18. They were arrested, along with a 17-year-old boy. 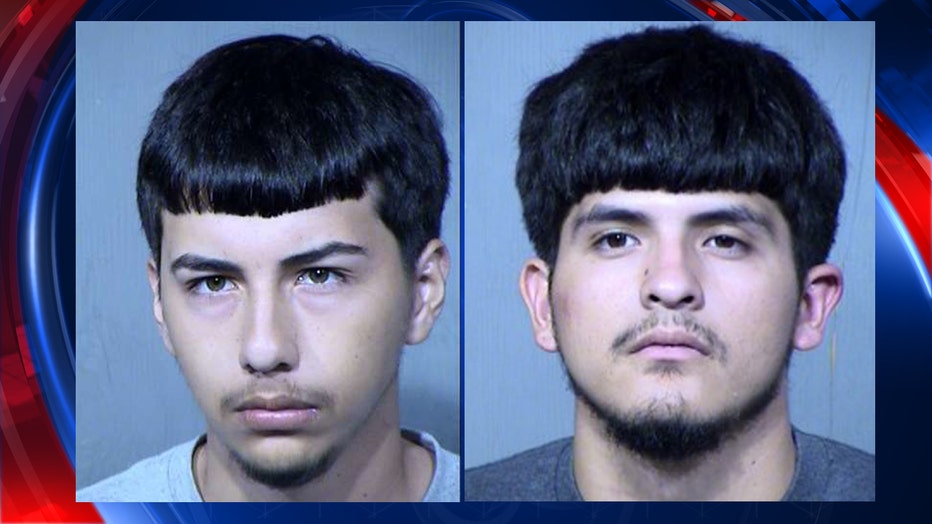 All three are accused of aggravated assault and street gang activity. The victim is asking, why not attempted murder?

“It was two people that shot me and they shot me nine times, so how can you call that aggravated assault like what was aggravated? Like they tried to kill me?”

The victim tells me he still has a bullet in his shoulder but plans to get back to his passion of photography when he's 100 percent.

Would he say this is a miracle?

"Oh yeah, it’s a complete miracle that’s a blessing cause lot of people have been shot only one time and they didn’t even survive.”

The victim will be rehabbing for a while and needs assistance. Many people are already donating to his GoFundMe account.